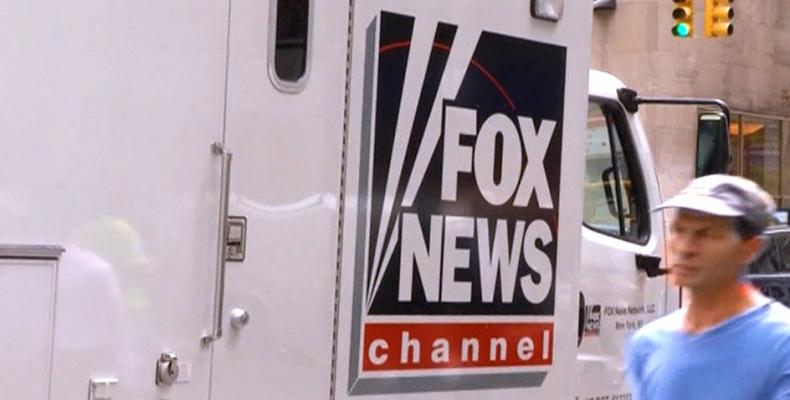 New York, May 21 (RHC)-- In the U.S., the parent company of Fox News has reached a $10 million settlement over a series of racial and gender discrimination lawsuits involving current and former employees of the network.  The settlement includes a lawsuit, filed by Fox anchor Kelly Wright and other employees, alleging “abhorrent, intolerable, unlawful and hostile racial discrimination.”

Earlier this month, Wright announced he was leaving the network, and the settlement included a buyout of Wright’s contract.  The $10 million settlement also resolves multiple gender discrimination lawsuits, including one in which a former reporter for Fox 5 accused former Fox News chair Roger Ailes of sexual harassment and of turning her down for a job because he didn’t think she would have sex with him.