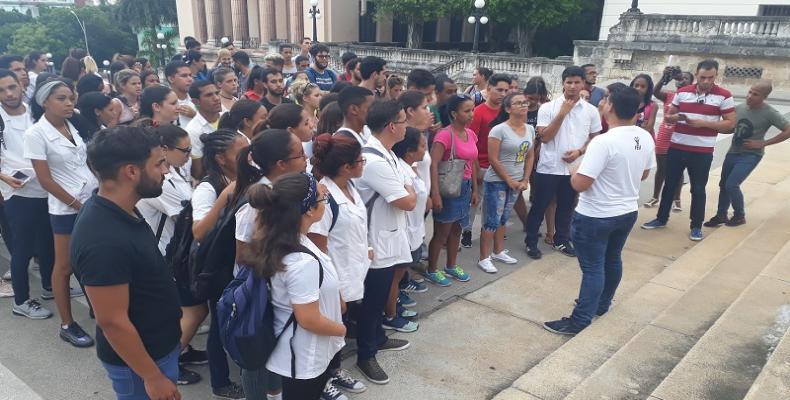 Havana, November 22 (RHC)-- Cuba is launching a National Program against Racism and Racial Discrimination in an attempt to permanently eliminate vestiges of those scourges that persist on the island.

In presenting the initiative during a recent meeting of the Council of Ministers, the Deputy Minister of Culture, Fernando Rojas, noted that from January 1, 1959 the dismantling of the conditions that generated racial discrimination in the colonial and neocolonial stages began, and although the advances are gigantic, solid and unquestionable, it has been challenging to revert four centuries of inequality in just 60 years, and he added that “silencing the problem, magnifying it or approaching it from exogenous concepts is no solution.”

Rojas recalled the anti-racist thinking of the historic leader Fidel Castro, as well as the active role of the Union of Writers and Artists of Cuba and the José Antonio Aponte Commission in addressing the racial problem.

The National Program now being created will include the fight against regionalism and discrimination based on ethnic and national origin, manifestations also associated with racism.  During the encounter, it was announced that a Government Commission would be created, headed by the President of the Republic, Miguel Diaz-Canel, to oversee the creation of the program.

The goals of the initiative include identifying the causes of racial discrimination; diagnosing possible actions to be taken by territory, locality, branch of the economy and society; disseminating the historical and cultural legacy of Africa, of indigenous peoples and other non-white peoples as part of Cuba's cultural diversity; and promoting organized public debate on racial issues within political, mass and social organizations, as well as their presence in the media.

In this regard, Diaz-Canel noted that everyone recognizes that the Cuban Revolution has been the social and political process that has contributed most to eliminating racial discrimination, but there are still some vestiges, which are not political, but akin to the culture of a group of people.