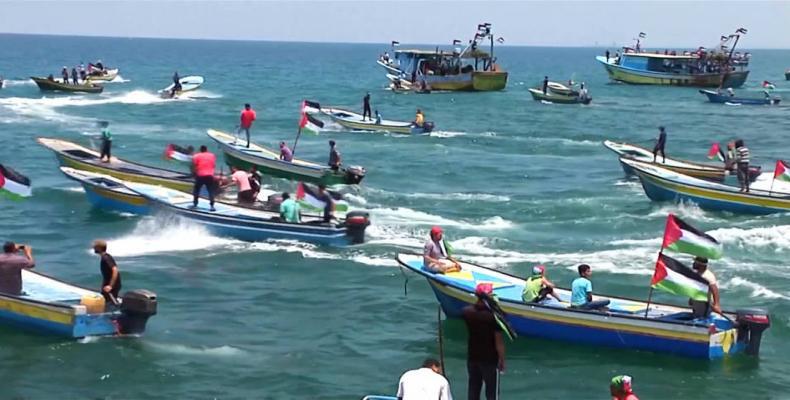 Gaza City, May 30 (RHC)-- In the Gaza Strip, Israeli warplanes launched scores of airstrikes overnight Tuesday, while Hamas fired dozens of rockets and mortars into southern Israel, in the most intense fighting in the besieged Palestinian territory since 2014.

A tentative ceasefire appears to have taken hold after Hamas said it had agreed to a truce with Israel. The fighting followed a recent wave of nonviolent protests near Israel’s militarized border with Gaza, in which Israeli snipers killed 116 Palestinians and injured thousands of others.