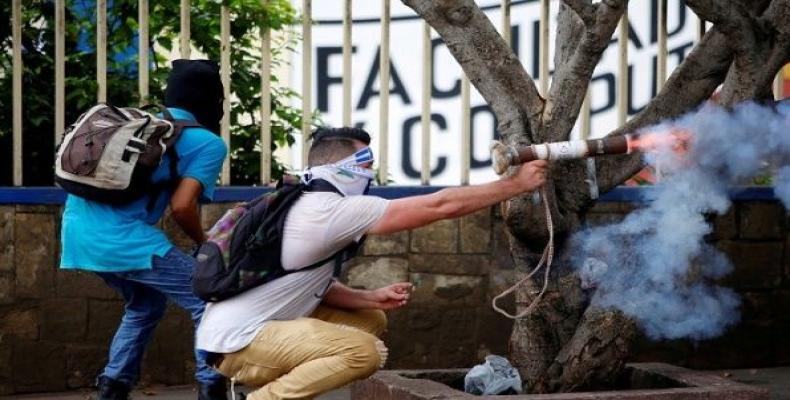 Managua, May 31 (RHC)-- Nicaragua's government has rejected the violent actions perpetrated by opposition groups across the country despite agreeing on a new round of talks as part of a mixed commission for dialogue.  Vice president Rosario Murillo issued a call to respect the agreements of the mediation commission and witness of the national dialogue.  “Why are we bent on destroying in those hateful attacks against Nicaraguan families?  Why don’t we fulfill the commission’s agreements?” Murillo asked opposition sectors.

According to Murillo, the aggressions and roadblocks have continued throughout the Central American country.  On Monday, after a four-day impasse, the Episcopal Conference of Nicaragua succeeded in re-establishing the mixed commission to continue with the dialogue for peace and put an end to the wave of violence affecting the country since mid April.

Political dialogue came to a partial halt on May 23rd after opposition sectors demanded President Daniel Ortega to step down, prompting Nicaraguan Foreign Minister Denis Moncada to accuse the opposition of pushing for a “soft coup.”  The Nicaraguan political crisis began in mid-April, when protesters took to the streets, supposedly against a proposed social security reform that sought to overcome the system’s financial crisis by increasing contributions by both employees and employers to avoid increasing the retirement age.

Employers would have faced a 3.5 percent hike while workers a 0.75 percent hike.  President Ortega withdrew the reform and issued calls for dialogue to avoid a spiral of violence.  Despite this, clashes continued this week between violent protesters and state security forces.  The violence in Nicaragua has left dozens dead and injured.