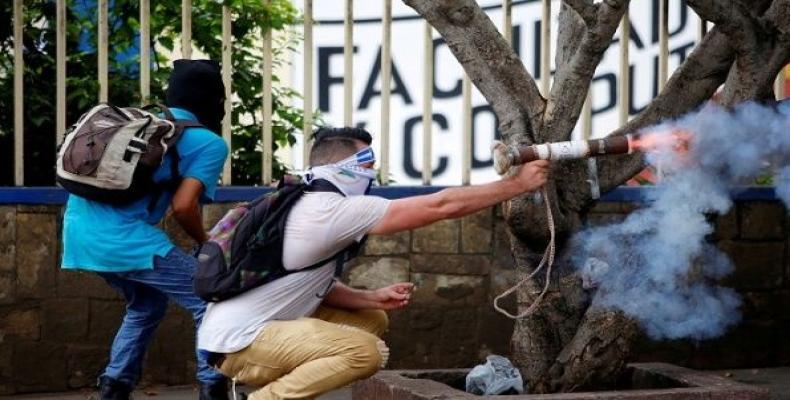 Nicaragua "has always been a target of U.S. politics," and several U.S. agencies have "prepared the people" to be against the Sandinista government, the Nicaraguan head of state said in an interview with CNN en Español.

Ortega also condemned the international media campaign that "hides" facts about what is happening in Nicaragua and hides "the paramilitaries from the right-wing that kidnapped and murdered people."  He added: "Nicaragua is suffering from a powerful media war; I don't see the international media doing an objective perspective on what is happening in Nicaragua."

Earlier this week, the White House issued a statement saying: "President Ortega and Vice President Murillo are ultimately responsible" for the violence in the country.  Ortega said several of the deaths, which has taken place the violent protests sparked in April, have been misclassified.

"Nicaragua was an example, from 2007 up until April of a government that reached peace and stability, the understanding between the main economic forces. And suddenly things exploded because the extremist forces in the United States won't accept that the FSLN is in power," said Ortega.

Ortega said that the climate in the country has been improving since mid-July when opposition-led roadblocks ended and the state was allowed to restart essential services and citizens were able to return to work.  He also called for peace and dialogue as a way to overcome political crisis.

"We have contact with the Secretary-General of the United Nations (Antonio Guterres), with different international organizations (such as the EU) and logically with Cardinal (Nicaraguan Leopoldo) Brenes," Ortega said.