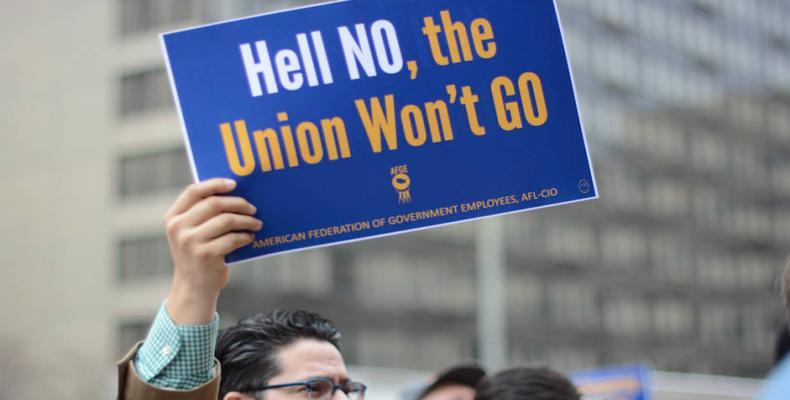 Washington, June 2 (RHC)-- In Washington, D.C., the nation’s largest union of federal employees has filed suit against an executive order that severely limits the amount of time government workers can spend on union activity.

Trump signed the order last week, along with other measures that will make it easier to fire federal workers, while compelling federal agencies to negotiate less union-friendly contracts.

The president of the American Federation of Government Employees, J. David Cox, said in a statement; “This is a democracy, not a dictatorship. No president should be able to undo a law he doesn’t like through administrative fiat.”