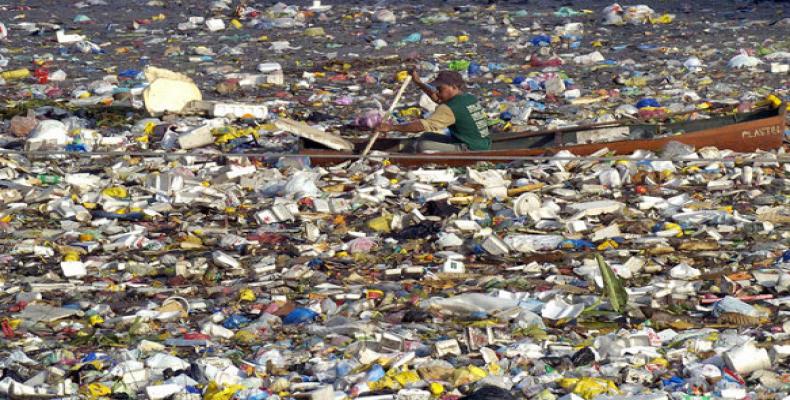 United Nations, June 5 (RHC)-- The world must unite to beat plastic pollution”, United Nations Secretary-General António Guterres said in his message for World Environment Day on Tuesday, noting that microplastic particles in the ocean, now outnumber stars in our galaxy.

In his message marking the day this June 5,  Guterres said a healthy planet was essential for a prosperous and peaceful future, stressing  that every human being  has a role to play in protecting our only home.

“Our world is swamped by harmful plastic waste,” he stated. “Every year, more than eight million tons end up in the oceans.”

Pointing out the astonishing comparison between stars in the cosmos and ocean plastics, Mr. Guterres underscored that from remote islands, to the Artic, nowhere is untouched and he warned that If present trends continue, by 2050 the oceans will have more plastic than fish,

On World Environment Day,  Guterres is encouraging everyone to also stop using plastic products which are designed just to be thrown away, such as plastic bottles. “Refuse what you can’t re-use,” he asserted.

Since it was first celebrated in 1974, the Day has helped raise awareness and generate political momentum around global environmental concerns such as ozone depletion, desertification and global warming.