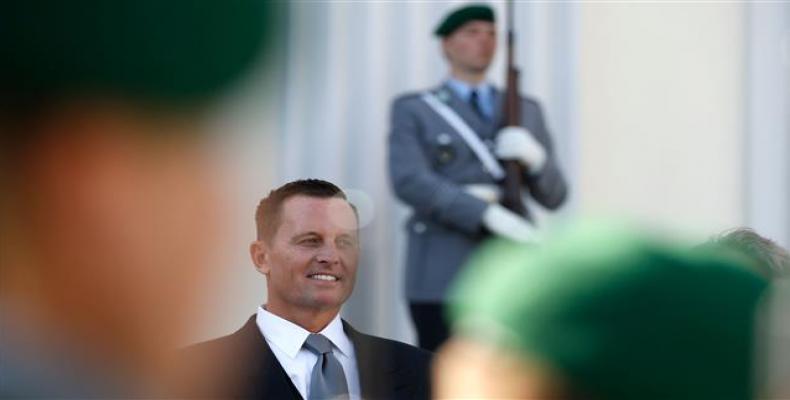 Berlin, June 5 (RHC)-- U.S. President Donald Trump's ambassador to Germany, Richard Grenell, says he wants to "empower" the like-minded right wing in Europe.  The ambassador said: "I absolutely want to empower other conservatives throughout Europe, other leaders." Grenell told right wing Breitbart News: "I think there is a groundswell of conservative policies that are taking hold” in Europe.

The comments have led to backlash from liberals on both sides of the Atlantic.  Germany's foreign ministry, led by a member of the country's Social Democrat party, has said that it would seek clarification about the comments when the U.S. envoy meets with a deputy foreign minister on Wednesday.

This is not the first time the diplomat's comments are taking the attention of the media.  Soon after arriving to his post in Berlin in May, Grenell threatened U.S. sanctions against German companies doing business with Iran.

"Clearly the U.S. ambassador sees himself as an extension of a right-wing conservative world movement," Rolf Muetzenich, the deputy leader of the Social Democrats in Germany's parliament, told Reuters in the wake of the latest remarks.

Chris Murphy, Democratic senator from the US state of Connecticut, also condemned the Grenell's comments.  "This interview is awful," Murphy tweeted. "Ambassadors aren't supposed to 'empower' any political party overseas."