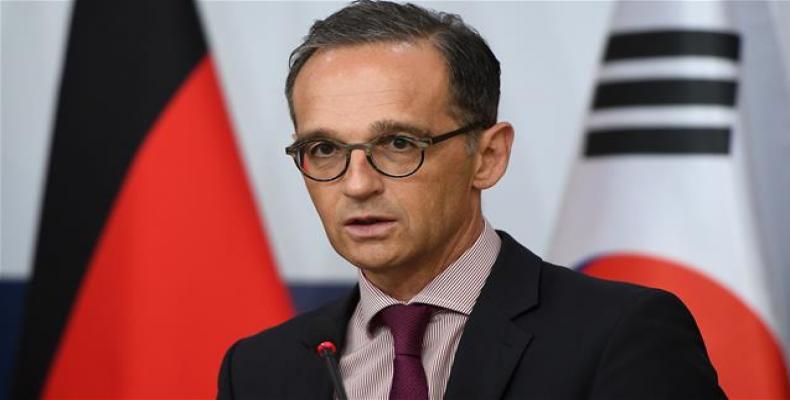 Berlin, August 9 (RHC)-- German Foreign Minister Heiko Maas has criticized Washington’s re-imposition of sanctions against Tehran, pledging to work to guarantee the survival of the Iran nuclear agreement abandoned by the US in defiance of opposition from other parties to the deal.

The top German diplomat said in an interview with the newspaper Passauer Neue Presse that U.S. President Donald Trump’s decision to re-impose sanctions on Iran in contravention of the deal was wrong.  Mass said: “We still consider it a mistake to pull out of the nuclear agreement with Iran."

The agreement with Iran was signed in 2015 by the five permanent members of the UN Security Council, including the U.S., plus Germany under then U.S. President Barack Obama.  According to the deal, known as the Joint Comprehensive Plan of Action (JCPOA), Iran undertook to put limits on its nuclear program in exchange for the removal of nuclear-related sanctions imposed against Tehran.

The German foreign minister said in his interview that Berlin and the EU would fight to keep the deal alive, even without the United States.  The European Union has said the international community has an obligation to maintain economic relations with Iran.  Russia and China, the non-EU parties to the deal, have also repudiated new U.S. sanctions on Iran, pledging to maintain trade ties with Tehran.