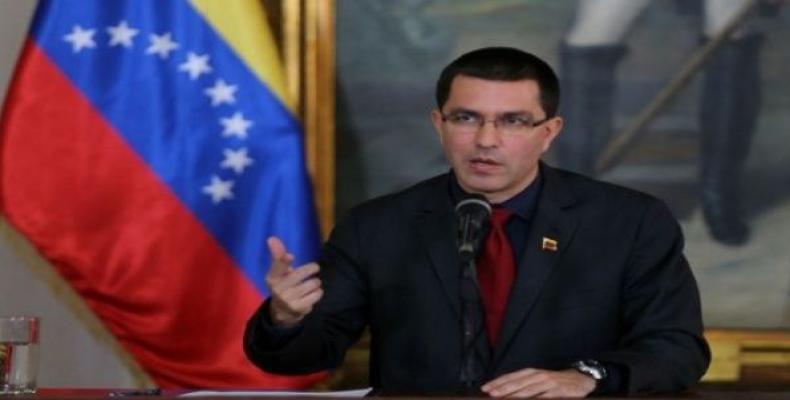 Caracas, December 15 (RHC)-- Venezuelan Minister of Foreign Relations Jorge Arreaza reiterated the denunciations of destabilization plans by the governments of the United States and Colombia that seek to generate a military intervention in the nation governed by President Nicolas Maduro.

The foreign minister listed the constant attacks that the Bolivarian government has faced in almost 20 years and tested the courage of the Venezuelan people who have ratified their dignity during this time.

On the diplomatic position of Colombia, Arreaza invited the government of Ivan Duque to resume "rationality in international relations," and recalled that "even during times of war there is communication between the Foreign Ministries."

"If they respect us they will have our cooperation, our friendship, otherwise we will defend our sovereignty," he said.

He pointed out that if the government of Colombia is willing to avoid a conflict with Venezuela, it should investigate President Maduro's allegations that he made this week, accusing U.S. national security adviser, John Bolton, of being behind a multi-national plot against the Venezuela progressive government.

"It is difficult to make a Revolution in these circumstances and yet we have advanced ... The people have closed ranks with the nation."  In addition, he confirmed that the accusations are preventive in nature to avoid actions that put national stability at risk.