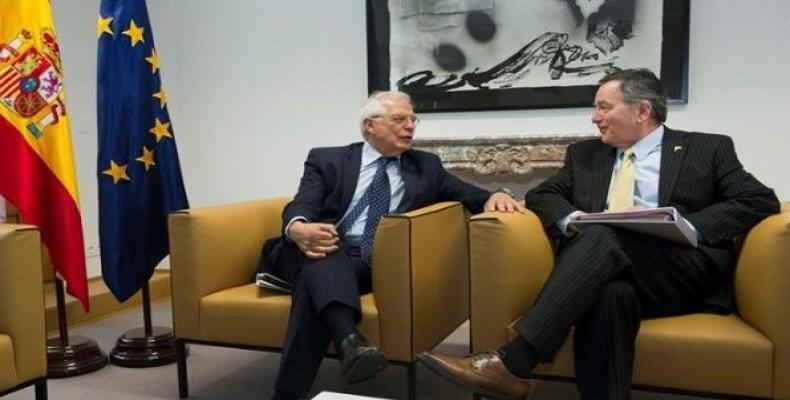 Brussels, July 17 (RHC)-- Delegations of the Community of Latin American and Caribbean States (CELAC) and foreign ministers of the European Union met for a two-day summit to discuss multi-lateralism and global trade in Brussels.  The meeting took place on Monday and Tuesday with the presence of 33 CELAC delegations and 28 from the EU.

The meeting dealt with multi-lateralism and global cooperation, focusing on Climate Change and the Paris Agreement, illegal drug trafficking and immigration during the first day.  The delegates also discussed the United Nation's Agenda 2030 on sustainable development and new international cooperation fields such as digital agendas and urban development.

Both the CELAC and the EU are interested in discussing investment and productivity in times when the increasingly protectionist measures promoted by Donald Trump have pushed the U.S. into relative conflict with its main trading partners.

On Tuesday, the discussions focused on trade, sustainability, investment and productivity.  Representatives of Brazil, Argentina, Paraguay and Uruguay met with Cecilia Malsmtrom, the EU commissioner for trade, to discuss an agreement between the union and MERCOSUR on Tuesday.

The ministers and other delegates approved a joint declaration and a roadmap to improve cooperation and ties between both regions.  The representatives of at least 61 countries gathered during the summit, representing 15 percent of the global population.  “This means the association between the EU and CELAC influences the life of many people and was the power to shape the world order.  Also, they've been the main promoters of the Paris Agreement over climate change,” says a statement by the EU.

The meeting was originally planned for last October in El Salvador, but it was rescheduled due to a request by the signatories of the so-called Lima Group, a set of pro-U.S. right-wing governments explicitly uniting against the Venezuelan constituent assembly and the Bolivarian revolution.

Delegates and ministers discussed the situation in Venezuela and Nicaragua, as both the Lima Group and the Bolivarian Alliance for the Peoples of Our America (ALBA) were present.  The EU also recently approved a set of sanctions against a list of Venezuelan high-ranking officials, forbidding them from traveling into the union and freezing their bank accounts.