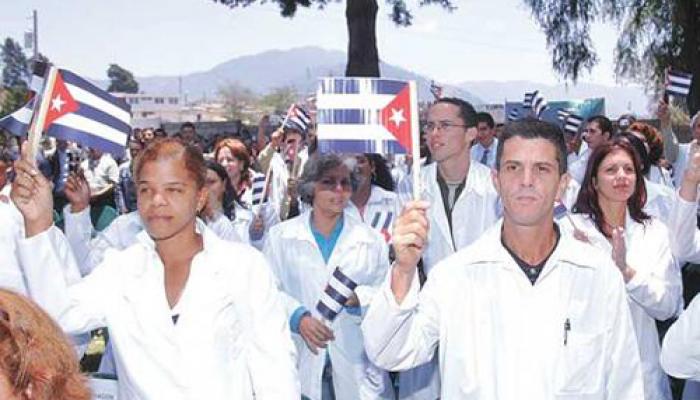 Caracas, March 11 (RHC)-- Venezuelan President Nicolas Maduro stressed on Monday what he described as the “incalculable assistance that Cuba gives Venezuela in caring for the health of the people in a deeply humanitarian and supportive gesture.”

Maduro announced that the Cuban doctors gave 80 percent of all 647 million medical consultations in the country over the past 11 years, as he presided over the graduation of more than 2,585 new doctors who received their diplomas at the Miraflores Presidential Palace.

The head of state also said that the launch of the Barrio Adentro medical mission in 2003, as part of the Cuba-Venezuela bilateral accord, boosted a new health system in the country.

He said that some 18,000 new Venezuelan doctors have graduated, while another 20,000 young people are currently studying medicine in an effort to have 60,000 doctors trained over the next few years.