Venezuela calls on Colombia to take action on drug trafficking 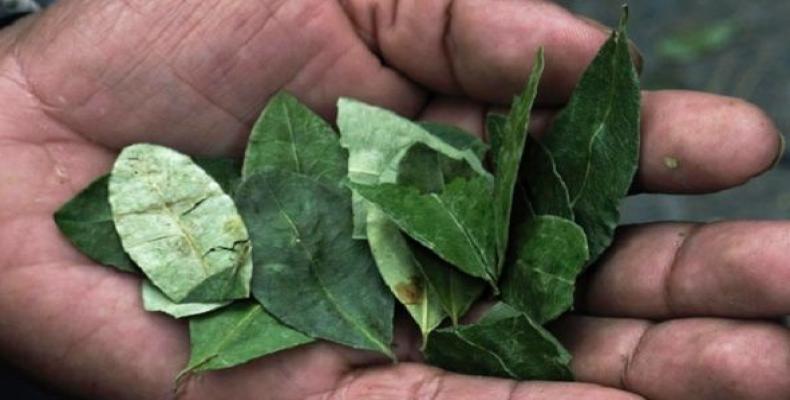 Caracas, September 28 (RHC)-- Venezuela is demanding that Colombian state officials double their anti-drug trafficking efforts in light of the “alarming increase” of illicit coca crops, as noted in recent reports from the United Nations.

Coca production increased by 13 percent since last year, with another 25,000 hectares tilled for crop expansions, the United Nations Office on Drugs and Crime (UNODC) said in a report.  The Venezuelan Foreign Ministry said, “For the government of the Bolivarian Republic of Venezuela, it is even more worrisome that, according to said report, one of the most affected departments is precisely the north of Santander, bordering Venezuela, from where groups of drug trafficking and paramilitary violence are constantly attacking the population, the economy, and Venezuelan institutions.

“Venezuela urges the Colombian authorities to make sincere and effective efforts to assume international responsibilities for the damage caused by the drug trafficking industry to neighboring countries and the world," the ministry said.

According to the U.N. report, over 171,000 hectares of Colombia’s farming sectors are producing 31 percent of illicit coca crops, the base substance used in creating cocaine hydrochloride.

Rural communities depend heavily on the lucrative crop, which they say is more stable than others like coffee, banana, or chocolate. Per the Comprehensive National Plan to Replace Crops for Illicit Use (PNIS) introduced by former Colombian President Juan Manuel Santos, the state should have introduced profitable alternatives for Campesinos.

However, this agreement has been suspended since President Ivan Duque’s inauguration, and there are rumors of a new anti-drug initiative, “a comprehensive policy,” which may be introduced that includes everything from preventative measures to forced eradication, AFP reports.