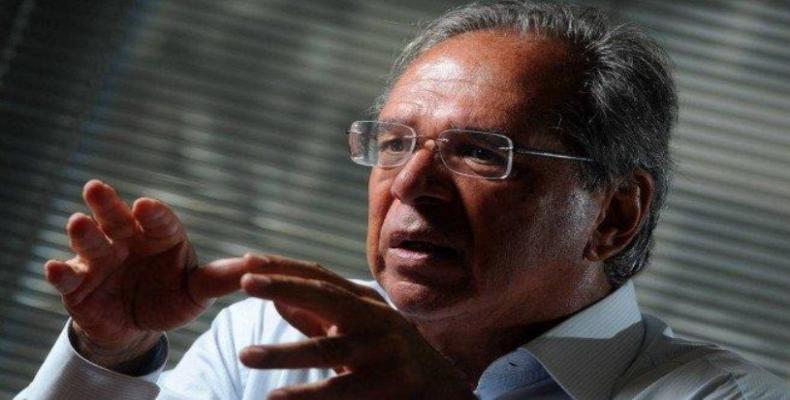 Brasilia, November 5 (RHC)-- Paulo Guedes, a neo-liberal economist appointed by Brazil's newly-elected president Jair Bolsonaro, will soon be in charge of the economy, foreign trade, industry, and planning in Latin America's largest economy.  A Chicago Boy (University of Chicago graduate) himself, Guedes has known ties with the group of economists that designed the ultra-liberal economic reforms applied by Chilean dictator Augusto Pinochet.

The Chicago Boys are credited with opening Chile up to free-market economics at the cost of the Chilean people after a bloody military coup against democratically-elected president Salvador Allende.  “The Chicago boys saved Chile, fixed Chile, fixed the mess,” Guedes told the Financial Times.

Guedes not only admires their work but is also linked to some of them, like Jorge Selume Zaror, Pinochet's former director of the budget, who invited Guedes to join the University of Chile as a researcher.  Guedes spent time in Chile teaching at a university during Pinochet’s rule, during which thousands were persecuted, tortured, killed, or disappeared- and returned to Brazil in the 80s.

According to Chilean journalist Cristian Bofill, Guedes "wanted to know first hand of the economic reforms promoted by the Chicago Boys in the country." Bofill claims Guedes' goal is to do in Brazil what the Chicago Boys did in Chile.

Guedes has confirmed he plans to change the course of Brazil’s economic policies.  His plans include the privatization of 147 state-owned businesses in order to undo the country's seven percent budget deficit.  He has also stressed that Mercosur, the Common Market of the South, is not on his list of priorities.

“(It’s) very restrictive. Brazil remained a prisoner of ideological alliances and that is bad for the economy," he said on election night.  He later apologized. "I did not want to undermine Argentina or MERCOSUR at any time, but the truth is that it is not the focus at the moment, because our focus is the internal problems," he said.

Former Argentinean ambassador to Brazil, Juan Pablo Lohle, said the remark was something of an alert for Argentina and caused concern and surprise in the country, BBC reports.

Uruguay has expressed alarm.  "When he says that Brazil will go out into the world, then this economic relationship we have to negotiate together has ended," said former Uruguayan ambassador in Brazil Sergio Abreu.

MERCOSUR and the European Union have been negotiating a trade agreement for over 20 years.  The talks were resumed this year but Guedes remarks have raised concerns because it is the bloc's largest member.

"We have to analyze how we are going to handle that,” Uruguay's ambassador said.