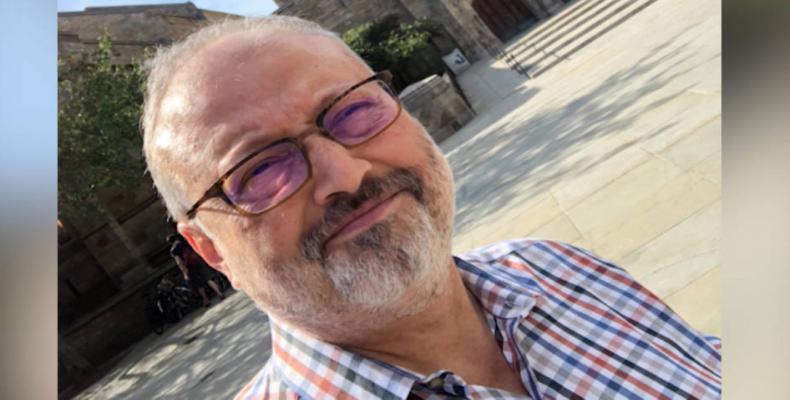 Istanbul, November 6 (RHC)-- Slain Saudi journalist Jamal Khashoggi was strangled as soon as he entered the Saudi Consulate in Istanbul, before being dismembered and his body destroyed.  That’s according to the official statement from Istanbul’s chief prosecutor.

Turkish authorities are reportedly also investigating the possibility that Khashoggi’s body was destroyed with acid after it was dismembered.

Washington Post columnist Jamal Khashoggi entered the Saudi Consulate on October 2nd to obtain documents for his upcoming marriage, but was never seen again.  Saudi Arabia finally admitted that Khashoggi was murdered in a premeditated act, but has denied involvement of the Saudi royal family.  Turkey maintains that Saudi officials have information on those responsible for the murder and the whereabouts of Khashoggi’s remains.

Meanwhile, U.N. human rights chief Michelle Bachelet has called for an international role in the investigation “free of any appearance of political considerations.”

This comes amid mounting calls for a ceasefire in the U.S.-backed, Saudi-led war in Yemen, which is described as the world’s worst humanitarian crisis.  U.K. Prime Minister Theresa May expressed support for “de-escalation” in Yemen while speaking to the British Parliament last week, but stopped short of backing a full ceasefire.  The U.S. and the U.K. are the largest military backers of Saudi Arabia.