Mexico agrees to U.S. demand to hold asylum seekers while claims are considered 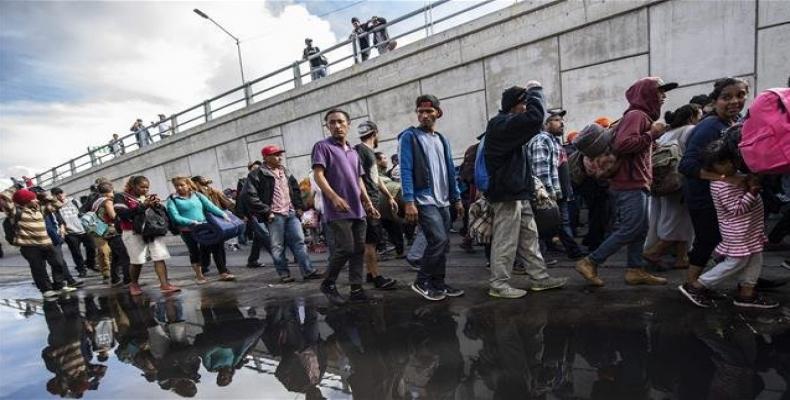 Mexico City, November 28 (RHC)-- In Mexico, the government of President-elect Andrés Manuel López Obrador has reported signaled it will hold Central American migrants on Mexican soil while they wait to hear whether their applications for political asylum are granted by the United States.

Mexico’s incoming foreign minister said Tuesday the Trump administration should, in return, pay at least $20 billion for a Marshall Plan-style program aimed at developing the economies of El Salvador, Honduras and Guatemala.

It’s not clear what services Mexico would provide migrants hoping to win U.S. asylum.  At the crossing between Tijuana and San Diego, U.S. officials are processing only about one hundred claims per day, even as thousands of migrants are living in squalid, open-air camps near the border while they await their turn to apply for asylum.  Officials are saying that the migrants may have to wait up to six weeks to have their appeals heard.