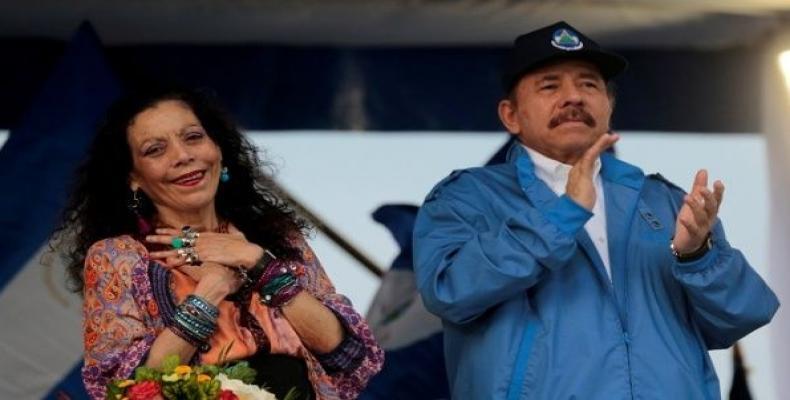 Washington, November 29 (RHC)-- U.S. President Donald Trump signed an executive order earlier this week, declaring that the Nicaraguan government "constitutes an unusual and extraordinary threat to the national security and foreign policy of the United States."

Trump's administration claims that sanctions, which the Nicaraguan Government has sternly rejected, were put in place due to alleged human rights violations.

"We categorically reject the historical continuity of the interference and the interventionist policy of the U.S. imperial power against Nicaragua," the Nicaraguan government stated, adding:  "We declare all accusations that ratify the imperialist perspectives and practices of the United States of America as inadmissible, disrespectful, false and illegitimate."

Trump also authorized the Department of the Treasury to act against Nicaragua's Vice President Rosario Murillo, and aide Nestor Moncada Lau.  An 'executive order on blocking property of certain persons contributing to the situation in Nicaragua' will effect the seizure of any property owned by Murillo and Moncada that falls under U.S. jurisdiction.  The order will also effectively bar any U.S. individuals, banks and other entities from carrying out any transactions with either party.

“The People will always support Commander Daniel and Rosario, we will continue in the struggle for peace and tranquility of Nicaraguan families.”

Hours after President Trump signed off on the executive order, the U.S. Senate approved an additional instrument against the government of Nicaragua.  The 'Nicaraguan Investment Conditionality Act' (Nica Act) facilitates the United States dictating that the Latin American country implement specific U.S.-approved political reforms.  The bill also seeks to sanction any government that extends assistance to the administration of President Daniel Ortega, who is open to meeting Trump.

“As Ortega expands his cooperation with Venezuela, Cuba, Russia and other [governments], Nicaragua is both a security threat to the U.S. and an enemy to regional stability,” Ileana Ros-Lehtinen, a U.S. representative, who presented the Nica Act, stated.