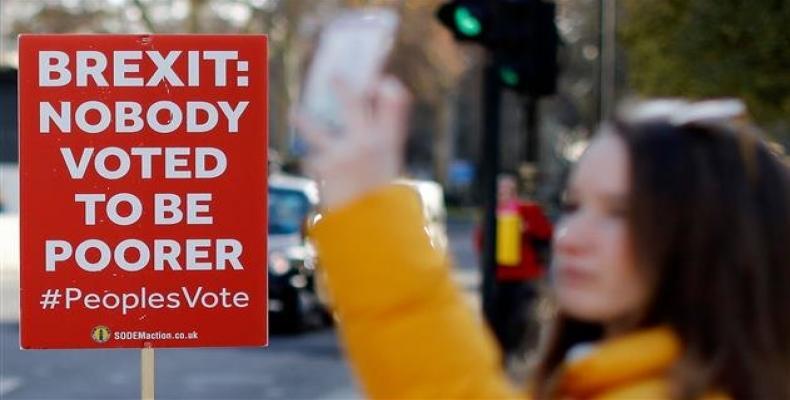 London, December 18 (RHC)-- The British government is to earmark a budget of around two billion pounds for a contingency plan to cope with a disorderly withdrawal from the European Union, a new report says.

The Guardian newspaper said in a report that the British cabinet will sign off on the plan which will outline measures in different government departments for dealing with a no-deal Brexit.

Britain is expected to leave the EU on March 29, 2019.  With uncertainties growing over the fate of Prime Minister Theresa May’s draft Brexit deal, many expect the country would be forced to leave the EU without an agreement that could define its withdrawal terms as well as the future relations with the European Union.

Economists and politicians have warned that a disorderly exit will create huge losses for Britain and the EU.  However, May has indicated that she would not be willing to extend Britain’s membership in the bloc nor she would accept the idea of a second Brexit referendum if the parliament rejects her Brexit deal.

After pulling the planned parliamentary vote on her Brexit deal last week, May came to 10 Downing Street only to know that some key ministers, including work and pension minister Amber Rudd and finance and treasury minister Philip Hammond, were advocating the idea of a second referendum.

Others, like interior minister Sajid Javid, have insisted the government should work on its plans for a no-deal Brexit.