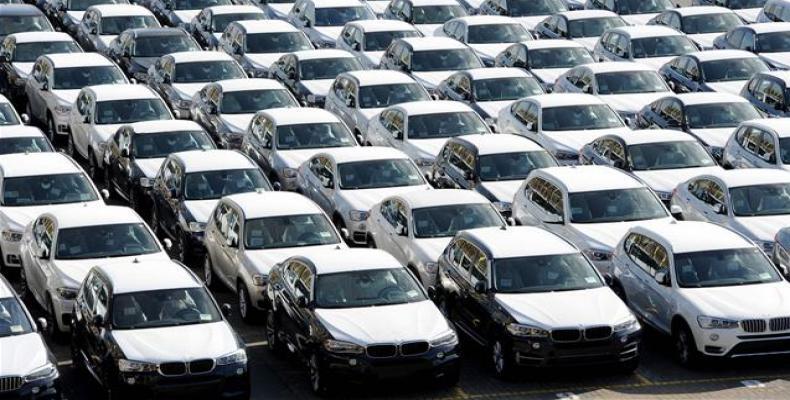 London, January 13 (RHC)-- A worst-case Brexit scenario could put thousands of jobs at risk at German car parts suppliers, a new study has warned, as Britain grapples with navigating its complex exit from the European Union.  A so-called "hard Brexit" that would see Britain leave both the single market and the customs union, could cut revenues in Germany's crucial car parts industry by up to 3.8 billion euros ($4.5 billion), the accounting firm Deloitte said.

As many as 14,000 jobs could be lost because the sector is so tightly entwined with the British market, the report added.  The UK is the largest export market for German car suppliers in Europe, with 18 percent of auto parts used in British factories coming from Germany -- the home of industry giants Bosch, Continental and ZF Friedrichshafen.

"The introduction of WTO tariffs and a devaluation of the pound in case of a hard Brexit would shrink car sales and manufacturing in the UK, directly impacting German car suppliers," the report said.  Fears of an abrupt British exit from the bloc have grown as Prime Minister Theresa May struggles to make progress in talks with Brussels about a transition deal and the shape of a future trading relationship.

A separate study, commissioned by London Mayor Sadiq Khan, found that Britain could lose nearly 500,000 jobs and some 50 billion euros in investment by 2030 if it crashes out of the European Union without a deal.  In a statement, Khan accused the government of a "complete lack of preparation" in assessing the impact of Brexit, and urged ministers to change their negotiating position and agree to remain in the single market and customs union.

Transition arrangements, trade and security will dominate Brexit negotiations this year before Britain leaves the bloc in March 2019.