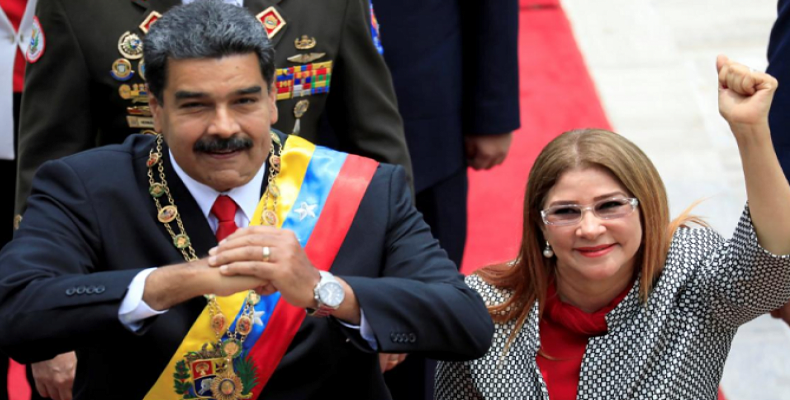 Caracas, January 15 (RHC)-- Venezuelan President Nicolas Maduro addressed the National Constituent Assembly (ANC) Monday as the body officially ratified his presidency for 2019 to 2025.  He used the opportunity to present parts of his six-year Plan of the Homeland for his new term.

"Inequality has been reduced in 2018 despite the brutal imperialist economic attacks," Maduro said during his speech to the assembly.  The president commented that his government has "managed to maintain formal employment levels with more than one million young people getting jobs thanks to the youth employment program 'chamba juvenil.'"  He added that inequality was reduced last year "despite the brutal imperialist economic attacks" by the United States and its allies.

The U.S. government has enacted several rounds of illicit sanctions on Maduro, his wife, and his closest advisors in order to economically strangle the socialist country.  Despite that, investment in social welfare has increased 34 times in the last 20 years in areas such as health, education, technology, and others between 2013 and 2018. Maduro said that 60 percent of formal employment has been maintained while maintaining workers' rights.

"We have continued with labor stability as a formula for the protection of the working class, of the Venezuelan working class," he said.  "In the field of health system we have achieved the expansion of public health networks and shows 127 million 168 thousand medical consultations that occurred in Barrio Adentro during 2018," said the Bolivarian head of state.

The plenipotentiary body issued a decree to ratify, reaffirm and recognize Nicolas Maduro as head of state, government and commander in chief of the Bolivarian National Armed Forces (FANB).