'Life-threatening' cold sets in across much of United States 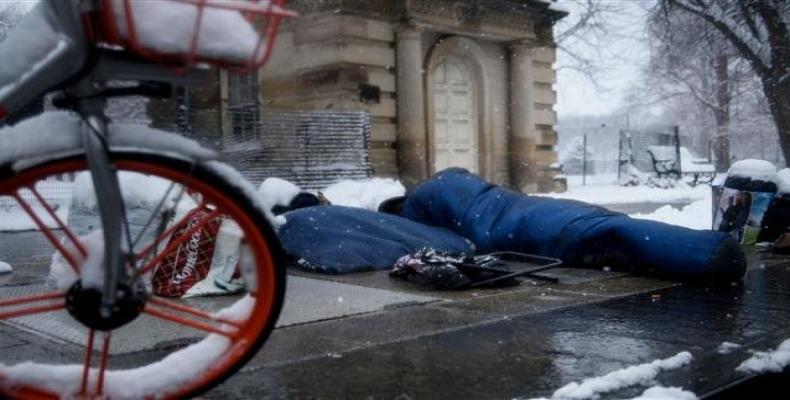 Washington, January 22 (RHC)-- Bitter cold is setting in after a major winter storm blanketed a wide swath of the U.S. in snow, sleet and rain over the past several days, creating dangerously icy conditions that promise to complicate cleanup efforts and make travel challenging.

"It's life-threatening," said Ray O'Keefe, a meteorologist with the National Weather Service in Albany.  "These are dangerous conditions that we're going to be in and they're prolonged."

Over the past several days, there have been power outages, canceled trains and planes, overnight stays at the airport and traffic jams.    Local officials warned residents to limit their time outside to prevent frostbite and to avoid treacherous travel conditions. They also said areas could see strong wind gusts, flooding and further power outages.