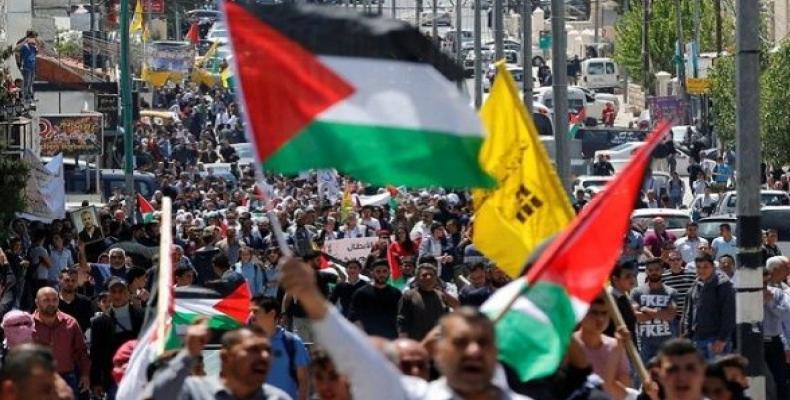 Gaza City, February 9 (RHC)-- Two Palestinian teenage boys have lost their lives and dozens of protesters sustained injuries during clashes between Palestinian protesters and Israeli soldiers stationed on the border between the eastern Gaza Strip and the occupied territories.

The spokesman for the Gaza Ministry of Health, Ashraf al-Qidra, said in a statement that 14-year-old Hassan Iyad Shalabi was fatally shot in the chest during a “Great March of Return” protest east of the city of Khan Yunis, located about 25 kilometers (15 miles) south of Gaza City, on Friday.  Qidra added that Hamza Mohammed Roshdi Ashtiwi, 17, died east of the Gaza Strip after he was hit in the neck with a live bullet.

Medical sources said six people were injured while participating in a demonstration at Malika refugee camp east of the Gaza Strip.

The Gaza clashes reached their peak on May 14th last year, on the eve of the 70th anniversary of the Nakba Day (Day of Catastrophe), which coincided this year with the U.S. embassy relocation from Tel Aviv to occupied East Jerusalem.