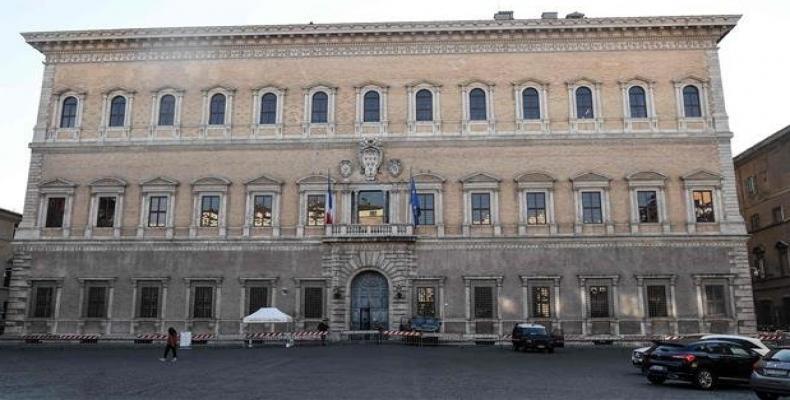 Paris, February 9 (RHC)-- France has recalled its ambassador from Rome after an Italian leader held a meeting with French ‘Yellow Vest’ protesters.  The French Foreign Ministry requested that the envoy return to Paris for consultations on the issue of the meeting between Italy's Deputy Prime Minister Luigi Di Maio and leaders of the French ‘Yellow Vest’ protest movement.

The ministry called the meeting a "provocation," which it said had come after “repeated accusations, unfounded attacks, and outlandish claims" by Rome.  The remarks, which it called "unprecedented" since the end of World War II, featured De Maio's fellow deputy prime minister, Matteo Salvini, calling French President Emanuel Macron a "terrible president" in a Facebook video last month, and likewise publically supporting the protesters.

"The opportunity will come on May 26 (the election day) when finally, the French people will be able to take back control of their future, destiny, (and) pride, which are poorly represented by a character like Macron," Salvini said in the video.  The demonstrations, which have daunted Paris with their size, have been denouncing high living costs and alleged lack of government care for rural areas.

Di Maio even said his meeting with the activists was aimed at preparing a common front for elections in May, while boasting on Twitter that "the wind of change has crossed the Alps."  France, in turn, has blasted the Italian government’s euroscepticism and its populist approach, citing its prevention of  rescue boats with migrants on board from docking at Italian ports.

Di Maio also defended his meeting as legitimate, saying: "To me, that meeting was not a provocation against the current French government, but instead an important meeting with a political force with whom we share quite a lot, including the need for direct democracy to give more power to citizens," he wrote on Facebook.

"I have the right to dialog with other political forces that represent the French people," he added.