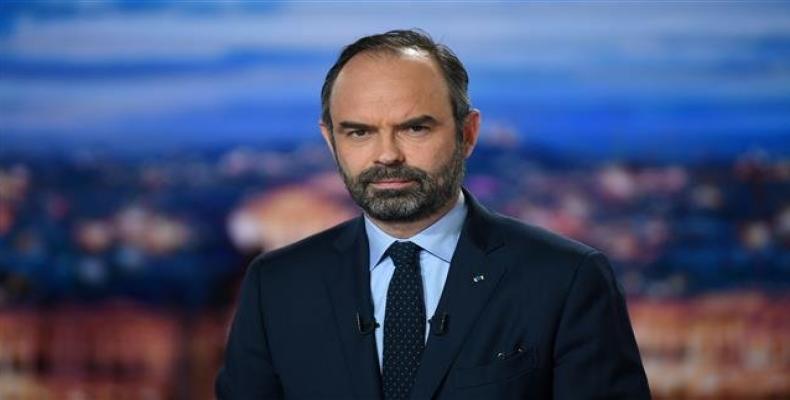 Philippe said that the government would introduce a “new law punishing those who do not respect the requirement to declare (protests), those who take part in unauthorized demonstrations and those who arrive at demonstrations wearing face masks.”

The “Yellow Vest” movement initially erupted in November amid public outrage over a planned hike fuel prices.  President Emmanuel Macron later backed down and suspended the hike, but the protests did not stop and turned into a broader campaign against high costs of living blamed on Macron’s economic policies.

Clashes continued between police and protesters, after 'Yellow Vest' demonstrators hit the streets of Paris for the 8th week in a row on Saturday.

The protests are said to be the biggest political crisis of Macron’s nearly two year presidency and has brought his popularity ratings to an all-time low.

In recent weeks, some of the protests have turned into major riots described as the most violent clashes in France in decades.