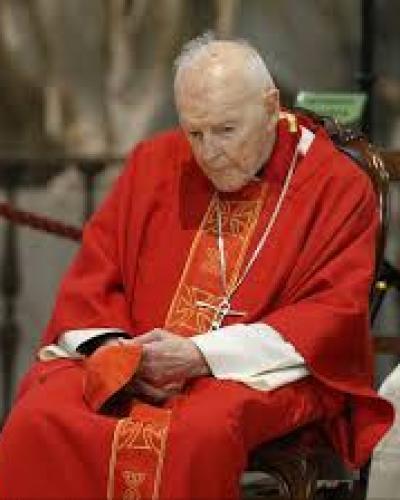 Vatican City, February 19 (RHC)-- Pope Francis defrocked U.S. Cardinal Theodore McCarrick after the Vatican found him guilty of sex crimes against children and adults, including using confessions to solicit sex.  McCarrick was once considered to be the most powerful man in the U.S. Catholic Church.

The 88-year-old former archbishop of Washington, D.C., is the highest-ranking member of the Catholic Church to be defrocked over the sex abuse scandal—which means he will be stripped of his duties and status as a priest.  This marks the first time an American cardinal has ever been removed from the priesthood.

Anne Barrett Doyle, an advocate for survivors of sexual abuse by clergy members, told reporters: "The bishops who surrounded McCarrick and knew, or should have known, that he was a sexual predator, this, we believe, includes the pope himself, in that he knew, or should have known, from the earliest days of his papacy, that this prominent cardinal already had a file on him at the Vatican.”