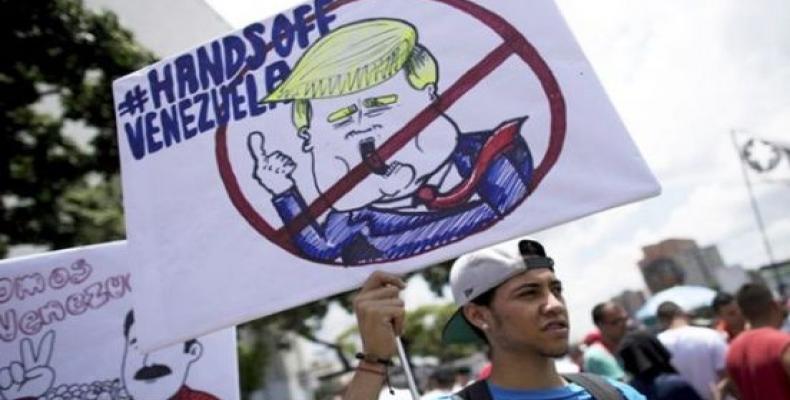 Pence announced new sanctions against Venezuelan officials for their role in blocking the so-called humanitarian aid from entering the country over the weekend, as the U.S. continues to ratchet up pressure on the government of President Nicolás Maduro.

During his comments, the U.S. vice president also said that Washington is preparing a new set of sanctions designed to isolate the government of President Maduro. Pence reiterated the U.S. threat that all options remain on the table, but the Lima Group said at the end of their Monday meeting that they support "a democratic transition of power."

Meanwhile, two unnamed defense officials say the U.S. military has been collecting classified intelligence on President Nicolás Maduro in recent days by flying an increased number of reconnaissance aircraft in international airspace off the coast of Venezuela.