Juan Guaido says he may call for U.S. military intervention in Venezuela 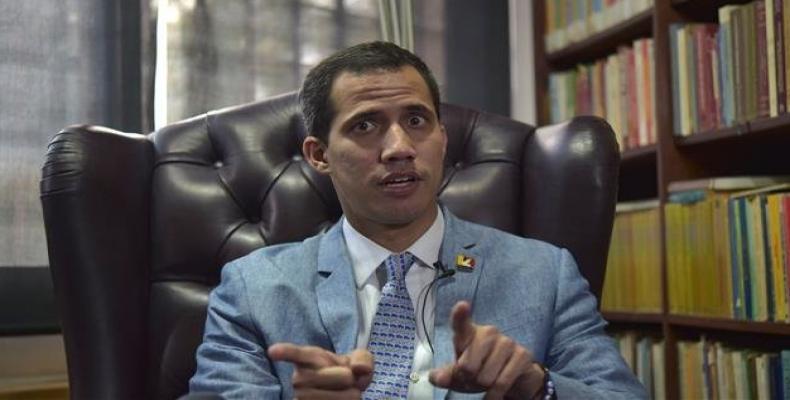 Caracas, February 11 (RHC)-- The so-called 'interim president' of Venezuela, Juan Guaido, says he does not rule out a U.S. military intervention to oust President Nicolas Maduro amid reports that Washington is in direct contact with Venezuelan generals to encourage a military coup.

The self-proclaimed president told AFP in an exclusive interview that he may authorize a U.S. military intervention to force Maduro from power and establish a “transitional government” in Venezuela.

Guaido, the head of opposition-controlled National Assembly, said he would do "everything that is necessary," even though a U.S. military intervention is what he called "a very controversial subject."  The 35-year-old opposition figure called on the Venezuelan army to allow so-called "humanitarian aid," currently in a warehouse at the Colombian border, to enter the country.

Maduro has denounced the aid, saying U.S. President Donald Trump is using Venezuela’s humanitarian crisis as a cover-up for his military plans in the country.

In the AFP interview, Guaido called on his supporters to stay in the streets and protest until Maduro allows the U.S. convoy to cross into Venezuela.  The opposition leader also rejected the Venezuelan government’s offer for talks and said he was not willing to “participate in fake dialogues.”