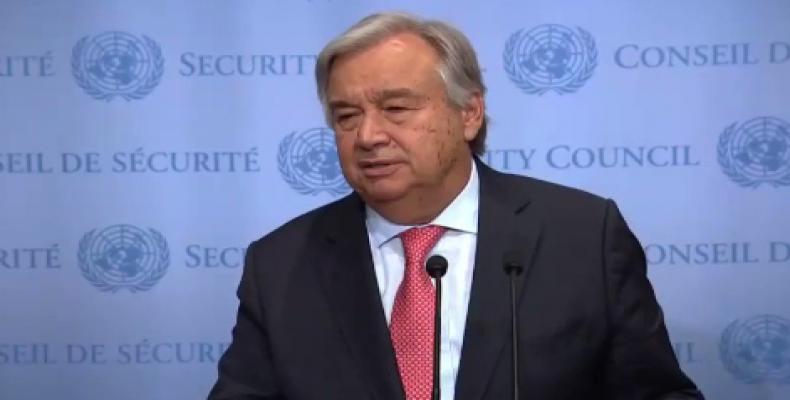 New York, February 5 (RHC)-- U.N. Secretary-General Antonio Guterres has reiterated his stance on the Venezuelan issue and says he hopes no foreign forces will enter the South American nation, stressing that the days of foreign intervention in Latin America are "long ago gone."

"Our strong appeal is to avoid all forms of violence that, of course, serve no purpose and benefit nobody, " he added.

On Sunday, President Donald Trump told CBS Face the Nation program that sending troops to Venezuela was an option, but did not specified under what circumstances he would do so.

The US recognized Venezuelan opposition leader Juan Guaido, who declared himself interim president on January 23, and is leading an international campaign to drive Nicolas Maduro from office.

Guterres says he has offered the UN ´s "good offices" to both parties in Venezuela, saying he does not believe new elections would go well. But he said it is up to the Venezuelans to negotiate a solution.

"I think it's important that the U.N. reaffirms the availability of its good offices to support any negotiations between the two parties for a solution to be found. The Venezuelan people need it and deserve it," Guterres said.