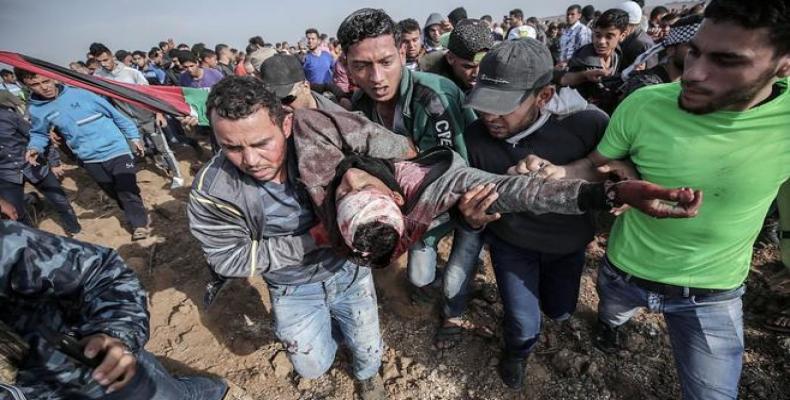 Jerusalem, February 28 (RHC) – A United Nations report has found Israel may have committed crimes against humanity in response to Palestinians' protests in the Gaza Strip.

The independent Commission of Inquiry of the United Nations Human Rights Council (UNHRC) has accused Israeli soldiers of intentionally firing on civilians and said that they might have committed "war crimes" in their lethal response to a string of protests that were held between March 30 and December 31 of 2018.

The independent Commission of Inquiry, set up last year by the UNHRC, said that Israeli forces killed 189 people and shot more than 6,100 others with live ammunition near the fence that divides the two territories.

UN investigators said that 35 of those killed were children, three were clearly identifiable paramedics and two were clearly marked journalists.

The Palestinian Authority welcomed the report and urged the International Criminal Court to "immediately" open an investigation into the alleged crimes.