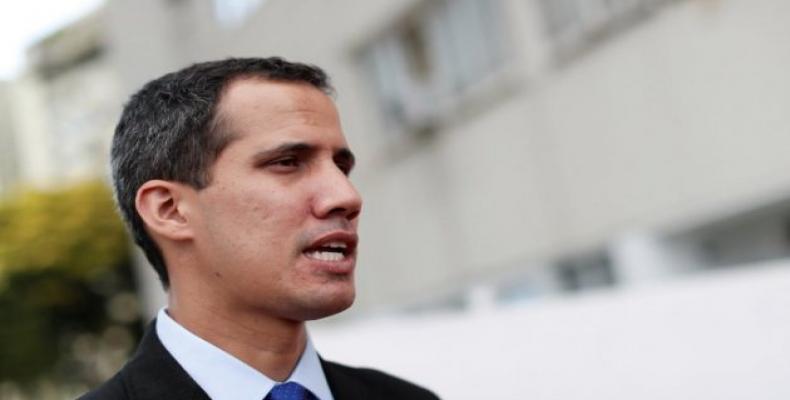 Caracas, March 5 (RHC)-- The Venezuelan lawmaker and self-proclaimed “interim president” Juan Guaido arrived at the Maiquetía airport Monday without any obstacles.  The opposition lawmaker was banned from leaving the country as an investigation is going on over his attempt to usurp governmental powers with the backing of the United States.

Guaido secretly left Venezuela for Colombia, in violation of a Supreme Court order on February 22nd after proclaiming himself “interim president.”  From Colombia, he then traveled to Argentina, Brazil, Ecuador and Paraguay.

"He can't just come and go.  He will have to face justice, and justice prohibited him from leaving the country," Venezuelan President Nicolas Maduro said last week.  Vice President Delcy Rodriguez also addressed the issue during her visit to Moscow over the weekend, saying that the Venezuelan government will take measures against Guaidó.

Despite being banned from leaving the country, Guaido crossed the Venezuela-Colombia border and illegally attemped to enter USAID trucks without approval by the Venezuelan government.

Afterwards, he traveled to other right-wing countries of Latin America.  He met with right-wing politicians who are supporting the coup attempt in Venezuela against the legitimate President Nicolas Maduro who was democratically elected last year.