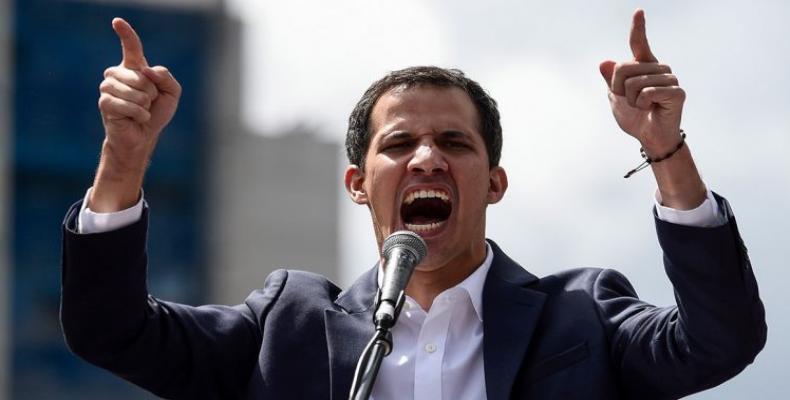 In November 2005, a group of Venezuelan young people traveled to Belgrade, Yugoslavia.  They were sponsored by the Center for Strategies and the Application of Non-Violent Actions, known by its acronym of CANVAS, where they learned tactics and strategies to overthrow governments that the United States didn't like.

One of those young people who received training at that so- called 'factory of democracy' -- Washington style, even if it was located in Eastern Europe -- was none other than Juan Guaidó, who not long ago jumped on a stage in Caracas and proclaimed himself provisional President of the Republic of Venezuela, in violation of the Constitution of that South  American Nation.

The writer Norma Estela Ferreyra commented in a recent article that even though Juan Guaido was unknown, both domestically and regionally, the CIA and other subversive agencies sponsored by the United States knew him well and selected him for a self-proclamation as President of Venezuela -- an illegal, unconstitutional step -- and he was immediately recognized by the United States, the Organization of American States (also known as the U.S. Ministry of Colonies) as well as by some members of the European Union.

Let's go back again to CANVAS, the "CIA university" where Mr. Guaidó learned his unconstitutional abilities.    CANVAS was founded in Belgrade in 2004 after an analysis of the experiences gathered during the disturbances that led to the overthrow of Yugoslav President Slobodan Milosevic in the year 2000.

The Yugoslav right-wing, with the support of the CIA, ensured the presence of experts in the teaching staff and recruited young people who became experts in the promotion of social discontent and the use of propaganda to foster the downfall of progressive governments and their replacement by power groups friendly to the West.

Back in 2011, one of this center's instructors, Iván Marović, quoted by Foreign Policy Magazine, had this to say: “Revolutions are often seen as spontaneous.  It seems that people just went out into the streets.  But they are the result of months and even years of preparation."

Remember the Ukraine, Egypt, Libya, Tunisia, Nicaragua and the Venezuelan street disturbances in 2014?  Those are some expressions of the clandestine work of these subversive institutions funded by the United States, which are presented as bona-fide 'revolutions.'

And what is the source of the unlimited funding made available for these subversive, murderous forays?  Well, the limitless funds for these subversive institutions is supplied by the National Endowment for Democracy, the CIA, or more accurately still: the budget of the U.S. Government.