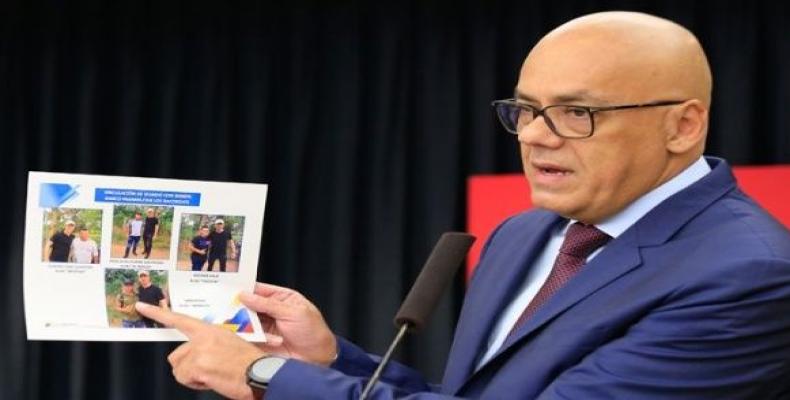 During a news conference in Caracas, Rodriguez showed videos and photos proving the relationship of the opposition deputy with the armed group Los Rastrojos, former Colombian President Alvaro Uribe, and the current President of that country, Ivan Duque, which came to light during interrogations of one of the group's recently captured members.

The audiovisual materials show the testimony of Argenis Vaca, aka "Vaquita," who details each of the actions undertaken to help Guiado to enter Colombia last February, despite having to be subject to a restriction on movement outside the national territory.

Vaquita said that Los Rastrojos promoted guarimbas (violent street barricades) in several areas of Venezuela to distract the attention of national authorities from areas through which Guiado traveled, in order to attend a supposed 'humanitarian' concert to get aid into the country.

He also pointed out that the paramilitaries declared an illegal curfew in the areas where Guaido would travel, so that no one would see him arrive at that event, after which violent actions were unleashed on the Colombian-Venezuelan border in Tachira State in order to create a false positive and justify a foreign military intervention.

During his presentation, Rodriguez stressed that no leader in Venezuela's history has been more submissive and treacherous than Guaido.