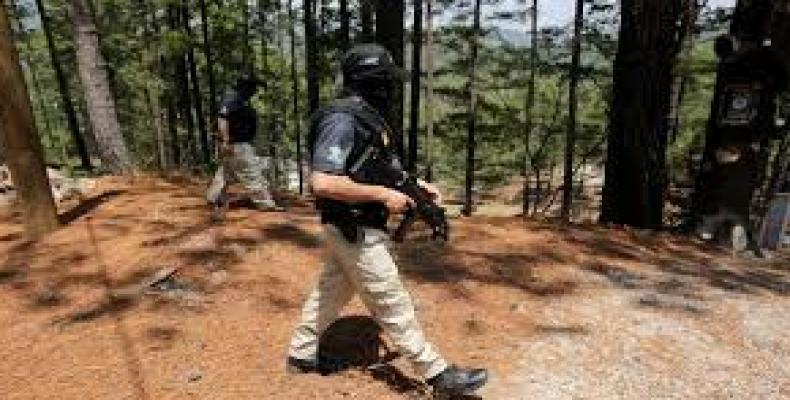 Tegucigalpa, April 12 (RHC)-- According to Centro de Estudio para la Democracia (Cespad), the government of Honduras has spent more than $343 million on weapons and spy equipment since 2013. Under the former President Porfirio Lobo and under current right-wing President Juan Orlando Hernandez, the country began to import drones, boats, spy-equipment and radars.   However, according to Cespad, transparency on the imports are basically non-existent due to a controversial law which classifies defense and the military under a secret category. Israel plays a vital role in the supply according to the document. The country is always in the focus of the far-right, which admire the country for its military and defense industry, often tested on real targets in Gaza. Honduras signed a bilateral cooperation agreement with Israel in 2016 on the basis of improving the national defense and security capabilities and to strengthen the air force, navy and the national army.  The agreement with Israel is worth US$210 million and has to be paid off through a ten-year annual plan,  with the first installment of the payment made in 2017 under the government of Hernández. The complete amount will be paid off in 2027. However, outside of the agreement Honduras has made additional purchases from Israel, especially in the cyber-security sector to "strengthen the capacities of the National Directorate for Investigations and Intelligence." Cespad is a citizens' initiative organized to gain, disseminate and mobilize critical and independent knowledge to contribute to the democratic transformation of Honduras