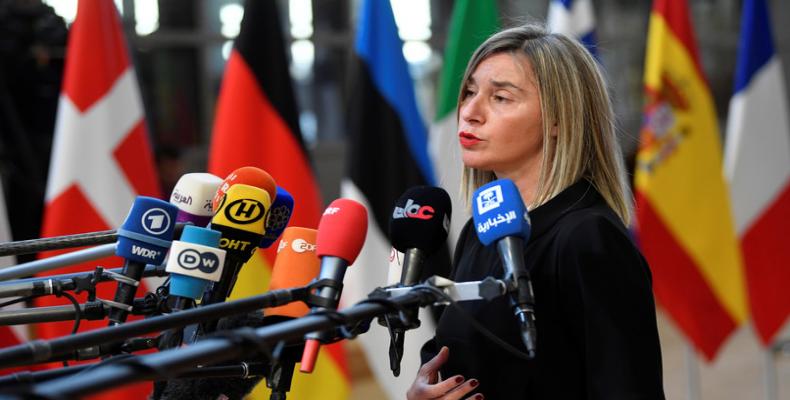 The “full activation” of the Helms-Burton legislation against Cuba is “contrary to international law” and goes against the previous U.S.-EU agreements, Mogherini said on Thursday, promising to apply “all appropriate measures” to defend European interests.

As of today, May 2nd, Title III of the 1996 Helms-Burton Law, which regulates the embargo on foreign trade with Cuba, becomes fully operational. The provision allows U.S. citizens to sue foreign companies which use properties that were nationalized after the 1959 Revolution.

Last month, Mogherini and EU Trade Commissioner Cecilia Malmstrom reportedly sent a letter to U.S. Secretary of State Mike Pompeo, in which they warned that the EU may launch a WTO case against Washington should its actions damage European trade.

In her statement on Thursday, the EU foreign affairs chief reiterated that enforcing the U.S. embargo law against European companies “will cause unnecessary friction and undermines trust and predictability in the transatlantic partnership.”