Canada says it is ready to apply FEMA, its anti Helms-Burton law 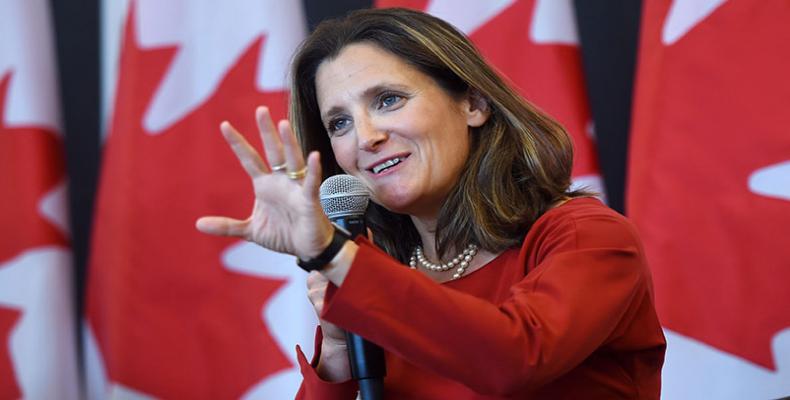 Ottawa, May 4 (RHC)—The Canadian government reiterated on Friday that it will not recognize or enforce any sentence resulting from the implementation of the Helms Burton Act, a US law that, among other anti-Cuban measures, seeks to penalize countries that conduct trade with Cuba.

A press release issued by the Canadian government says that its opposition to the US legislation is based on the principles of international law and reflects Canada´s “long-standing objection to the extraterritorial application of laws by another country.”

On May 2nd, Tittle III of the Helms Burton Act was fully implemented by the Trump Administration, paving the way for US citizens and companies whose businesses were nationalized after January 1st 1959 in Cuba to turn to US courts in search of compensation from companies of any country they consider are trafficking with "their property".

Ever since the Helms Burton law was enacted in 1996, consecutive US administrations decided to wave its Title III and IV, in an effort to avoid clashes with allies.

In the statement, Canada´s minister of Foreign Affairs, Chrystia Freeland, recalled that her country has had measures in place since 1996 under its Foreign Extraterritorial Measures Act (FEMA) to help protect Canadians and Canadian businesses and the workers they employ and added that the government is ready to apply it.

“As stated in FEMA, no judgment issued under Title III of the Helms-Burton Act will be recognized or enforced in any manner in Canada. FEMA also allows Canadians to use Canadian courts to sue the person who has initiated an action under Helms-Burton, even while proceedings are still ongoing. This will allow Canadians to recover any amounts that have been obtained against them, including legal expenses, and losses or damages incurred.", the release added.

The text concluded affirming that "the Government of Canada will always defend Canadians and Canadian businesses conducting legitimate trade and investment with Cuba, and is reviewing all options in response to the US decision. Canada will also continue to work with our international partners, including the EU, to stand up for our businesses,”