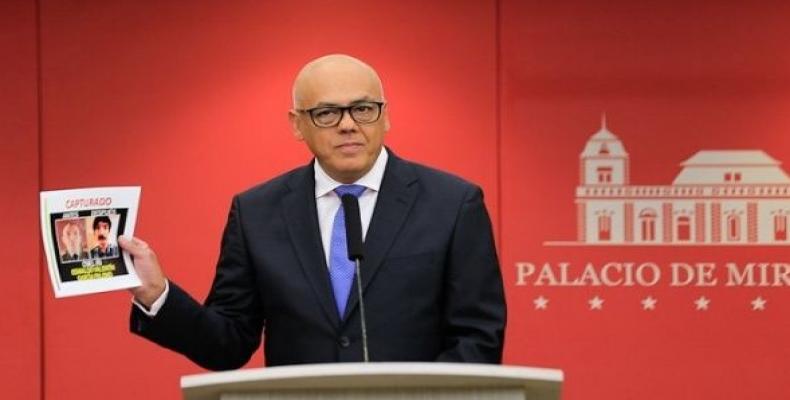 Caracas, February 9 (RHC)-- Venezuelan Minister of Communications Jorge Rodriguez offered a press conference in which he showed evidence of the coup attempt by the right-wing opposition against the constitutional President Nicolas Maduro, with the participation of the United States and other governments.

The official revealed that thanks to a Venezuelan intelligence operation, retired Colonel Oswaldo Valentín García Palomo was arrested after he wanted to enter the country to organize a military coup.

He denounced that the U.S. and Colombian governments supported the coup attempts -- one in May 2018 in the framework of the presidential elections; and another in January 2019, which has now been defeated.

Rodriguez reported that García Palomo coordinated from Cucuta the 'regime change' operation and made numerous trips to Miami, despite an Interpol's request for capture by the Venezuelan government.