Pan American Games get underway in Lima with memorable ceremony 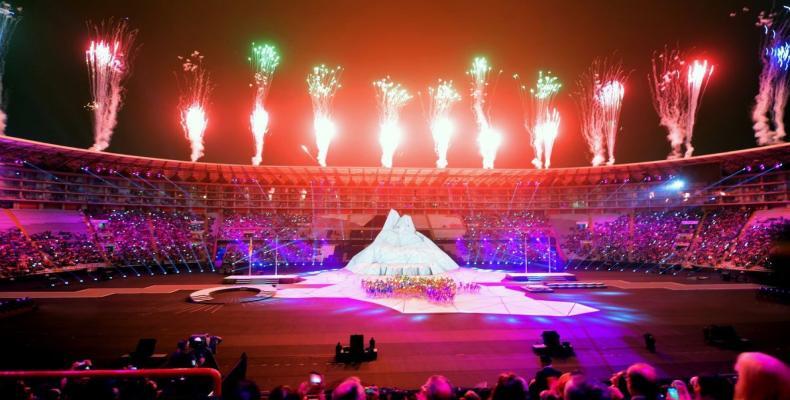 A fully packed Jose Diaz Stadium and International Olympic Committee President Thomas Bach were taken back through Peruvian history Friday night, aided by a representation of Lima’s sacred mountain Nevado Pariacaca placed in the center of the stage.

Pre-Hispanic gods, cajónes, Peruvian paso horses and a digital reincarnation of Peruvian singer songwriter Chabuca Granda featured throughout the ceremony, alongside formal proceedings such as a the Parade of Nations.

The Cuban flag entered the stadium floating in the hands of the three-time Olympic champion Mijaín López, who arrives at these games with the intention of taking home his fifth continental crown.

Peru received the largest cheer from the crowd as their delegation was led out by an ekeko, the Tiwanakan god of abundance and prosperity.

The Lima 2019 torch relay came to an end when the cauldron, shaped like an Incan sun, was lit by Cecilia Tait, a Seoul 1988 Olympic volleyball silver medalist.

As the ceremony came to an end, 16 days of competition are set to begin in 39 sports, with around 6,700 athletes expected to participate.