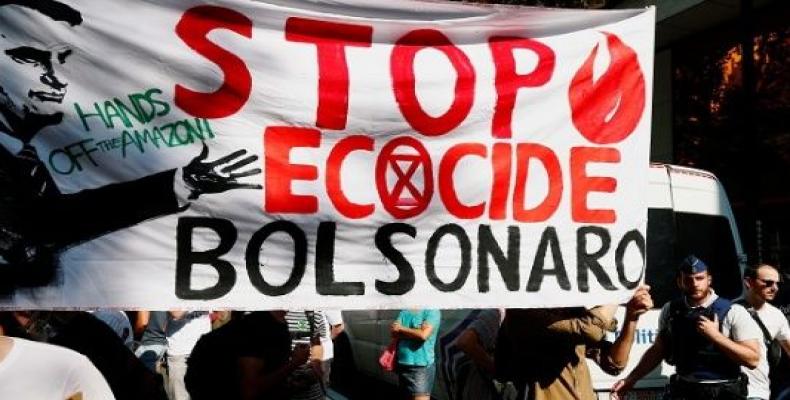 Brasilia, August 27 (RHC)-- In Brazil, federal prosecutors from the state of Pará have launched an investigation after revealing they warned the Brazilian Environment Ministry that agriculturalists were planning a “fire day” in the Amazon but government authorities did nothing to stop it.

One farmer told a local news site they were planning the action to send a message to President Jair Bolsonaro that the only way they could work was to clear the land by cutting down and burning trees.  Some environment officials say they requested help from the central government once they learned of the plan, but that they were ignored.

Public outrage over the record-breaking Amazon fires has focused on Bolsonaro’s anti-environmental policies and his support for agribusiness, logging and mining.