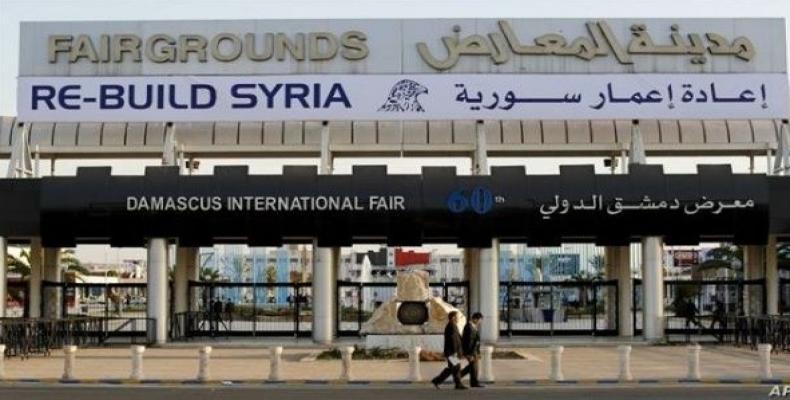 Washington, August 29 (RHC)-- The U.S. government has threatened foreign companies with sanctions if they attend a trade fair in Syria, which began on Thursday, August 29th, with the intention of rebuilding the country following war.

The U.S. government posted a statement reading: “We have received reports that some regional businessmen or chambers of commerce are planning to participate in the Damascus International Trade Fair.  Therefore, we repeat our warning that anyone who does business with Assad's regime or its partners is exposed to the possibility of American sanctions.  We would also like to thank the members of the public for drawing our attention to this information.”

The trade fair is an annual event, and is especially important as Syria tries to rebuild the country following years of war waged by foreign-backed militnats against the government.

The humanitarian crisis triggered by the war makes the need for investment and trade with Syria all the more important, yet the U.S. continues their unilateral coercive measures, aimed at starving the country into submission.

Similar measures have been taken against Venezuela and Iran, as a means of isolating those countries for opposing U.S. interest in their country and region.

In Venezuela, a report by two American economists says that U.S. sanctions are directly responsible for the deaths of over 40,000 people, as sanctions have made it difficult or even impossible to import vital food and medicine.

Nevertheless, President Assad remains firm that the country can recover, and reclaim the territory lost to Western backed terrorists, saying in an interview last week, “[We will] prove the determination of the Syrian people and army to continue fighting terrorism until every inch of Syrian territory is liberated, despite the continuing support provided to terrorists by several Western and regional sides”