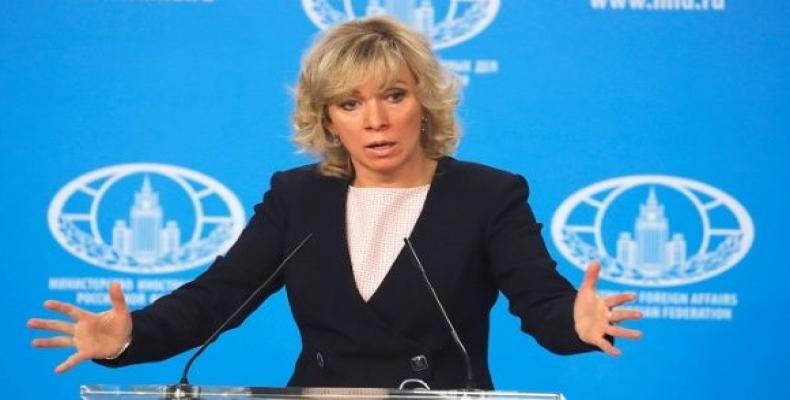 "What is the goal of the office established by the United States?  According to the U.S. State Department’s statement, Washington plans to use it to legitimize contacts with the self-proclaimed president Guaido and to exert further pressure on the legitimate government in Caracas.  This construct is absolutely illegitimate,” she stressed.

These statements are in response to the announcement of the creation of a "Venezuelan Affairs" office at the U.S. embassy in Bogota, which would be used by representatives of Juan Guaido, the opposition politician who declared himself interim president at a rally held in Caracas on January 23rd.

The Russian diplomat said that the actions of the U.S. government actions, which are supposedly aimed at fostering respect for the law, are not facilitating at all any feasible resolution of the political impasse in the South American country.

"How can we talk about restoring constitutional order if everyone who is considered legitimate by Washington is being sponsored by Washington," Zakharova added.

After highlighting that such paradox of the current U.S. foreign policy, the Russian spokeswoman invited the parties involved to find solutions framed in what the Bolivarian constitution does allow.  "Once again, we call all states that have the influence to refrain from unilateral steps and to facilitate inter-Venezuelan talks on finding a solution through inclusive dialogue in strict agreement with the Venezuelan constitution."

Zakharova also stressed that the Venezuelan opposition is trying to create "a pseudo-legal reality which worsens the polarization of Venezuelan society" and delays a negotiated solution.

Over the last nine months, the U.S. President Donald Trump has maintained a siege against Venezuela by not recognizing President Nicolas Maduro's legitimate government and by financially supporting radical opposition's attempts to perform a coup d'etat.