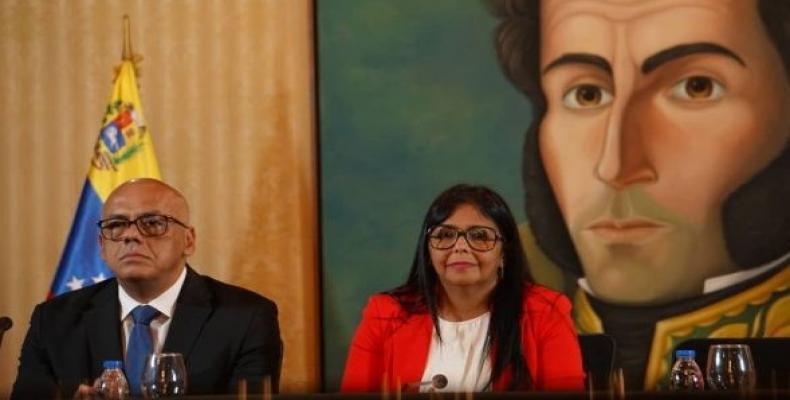 Caracas, September 16 (RHC)-- The Venezuelan government and several opposition parties announced multiple agreements and the beginning of a new round of dialogue that deals with issues relating to future elections, the release of prisoners and rejection of U.S. blockade against the country.

Venezuelan Communications Minister Jorge Rodriguez announced the points agreed on which include the return of lawmakers from the ruling party PSUV the country's National Assembly, the establishment of a new electoral body, the release of prisoners, supporting the oil industry, rejecting the U.S. sanctions and economic blockade against the South American country as well as defending the Esequiba region.

The agreements call for reviewing and adjusting electoral guarantees and urge the justice system to agree on measures and benefits for some detained citizens.   The political consensus document was signed at the headquarters of the Venezuelan Foreign Ministry, in the presence of the diplomatic corps accredited in the nation.

Rodríguez assured that negotiations with the opposition will continue to advance in the fulfillment of these conditions and to finalize other agreements.  He said among the next points to be discussed are the contempt of the National Assembly and evaluate the proportionality for political minorities.

He said this negotiating table is a step forward for the "consolidation of peace for Venezuela" and "for a concerted solution to the problems of Venezuelans."   "All doors are open for dialogue," Rodriguez said.

On the other hand, the opposition deputy Timoteo Zambrano, of Cambiemos, affirmed that he has joined the dialogue to leave behind the "political confrontation without exit."   "We will continue to agree to remove the obstacles that damage democracy, it is not an easy road but it is different; we commit ourselves to act with transparency and seriousness," he added.

Also, lawmaker Claudio Fermín, of Solutions for Venezuela Party, said both parties have agreed to reject the coercive measures applied against the country because they threaten the production apparatus.