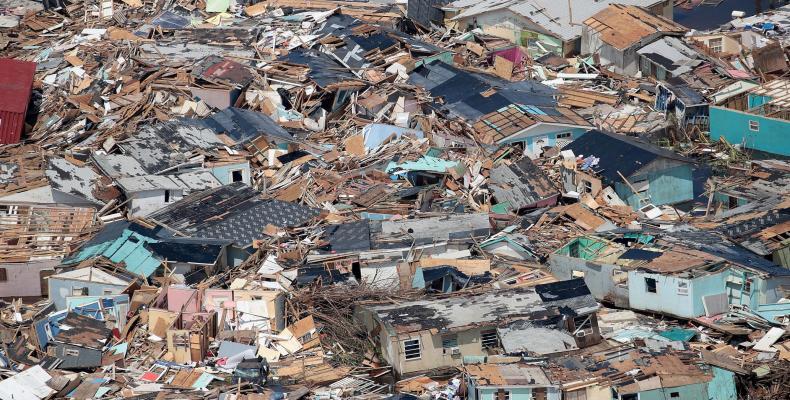 Nassau, September 7 (RHC)-- The death toll from the devastating Hurricane Dorian has risen to at least 43 across the Bahamas, but authorities warn they expect a "staggering" number of casualties as hundreds of people remain missing.

The most powerful hurricane on record to hit the Bahamas swept through the islands earlier this week, levelling neighborhoods, destroying livelihoods and leaving thousands homeless.

Confirming the new toll of 43, Prime Minister Hubert Minnis said on Friday that 35 were killed on the worst-hit Abaco island and eight on Grand Bahama island.

"The loss of life we are experiencing is catastrophic and devastating," he said in a statement quoted by The Tribune newspaper.

On the eventual death toll, Health Minister Duane Sands earlier said that "the number will be staggering".

"Literally hundreds, up to thousands, of people are still missing," Joy Jibrilu, the director general of the Bahamian tourism and aviation ministry, told CNN.