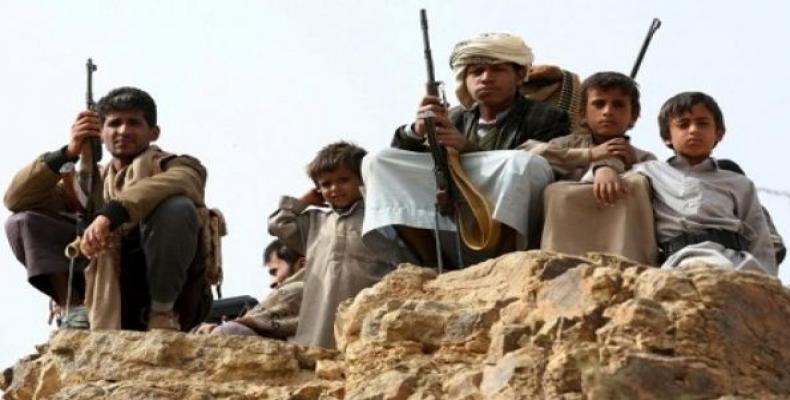 Human rights organization SAM published a report entitled “Border Incineration” to highlight the plight of Yemeni civilians, including children that are pushed by critical economic conditions to be hired by of Saudi Arabia to fight in its southern border.

The report points out that Saudi Arabia takes advantage of Yemen's extremely harsh humanitarian conditions to hire fighters, doing so through human trafficking networks that bring Yemenis to enter the kingdom under the pretext of receiving emergency treatment, only to send them to the border.

Saudis classify such fighters as mercenaries, but the humanitarian group makes clear it cannot be the case as these soldiers belong to a state party in the ongoing conflict.

"What is happening at the border is a violation of domestic laws and international conventions, which prohibit the exploitation of civilians to fight with a country, outside the jurisdiction of local military laws,” the researchers noted, adding that “although Saudi Arabia gives them identification numbers as soldiers and some military ranks, the reality is they are only 'imaginary' soldiers, especially since they do not have any permanent rights resulting therefrom, following their death in the battles."

Yemeni victims killed in these battles are buried inside the kingdom without the knowledge of their families. For some of them, the families have been able to enter the country and receive the bodies, but for the great majority, families are still unaware of what happened to their relatives.

At least 300 Yemeni fighters have been amputated, 250 of whom are currently in housings in some provinces of Saudi Arabia. Most of them awaiting surgery before they can return to Yemen are going through difficult psychological and humanitarian conditions, while many complained of ill-treatment.

SAM concluded its report calling on the international community to stand against the crimes of human trafficking and to consider what is happening in the Saudi-Yemeni border as "legal and moral crimes." It recommended that the United Nations Group of Eminent Experts pay attention to this type of crime and urged the National Commission to Investigate Allegations of Human Rights Violations to work to access information on these cases and take legal action.

The Yemeni civil war started on March 26, 2015, when Saudi Arabia and the United Arab Emirates led a coalition of countries in a military campaign against the Houthis in Yemen in support of the Saudi-backed government of Abd-Rabu Mansour Hadi, with the full support of the U.S., the U.K., and France.

According to the United Nations, Yemen is suffering from the worst humanitarian crisis and from the most severe famine in more than a hundred years. At least 70,000 people have been killed in the war, and more than 2 million have been displaced.