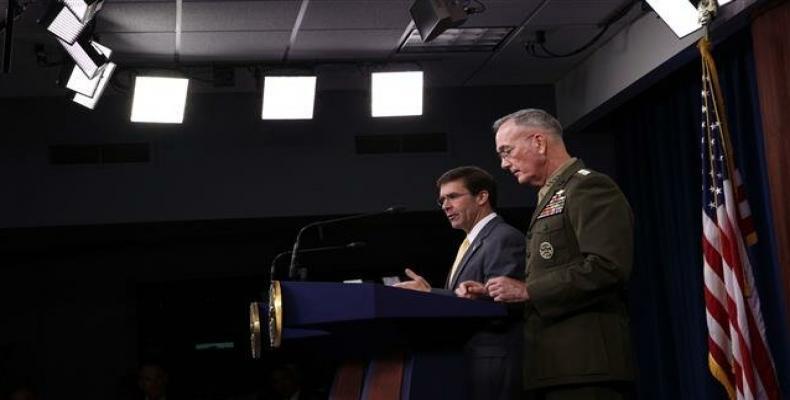 Washington, September 14 (RHC)-- A bipartisan group of U.S. lawmakers calls on the Pentagon to compile and release an updated list of companies with ties to the Chinese military, operating in the United States.  The group wrote a letter to Pentagon chief Mark Esper on Thursday, asking for the release of an updated list “as soon as possible” to “combat China’s economic espionage in the United States.”

Companies owned by Beijing “acquire American firms to transfer proprietary information,” among other tactics, read the letter.  A Chinese embassy spokesperson called the accusations an example of a “cold-war mentality,” saying Beijing’s strategy aims to integrate the defense and economic sectors.

Back in August, the U.S. blacklisted a major Chinese nuclear power company, a partner for the UK’s power generation program, over accusations of stealing US technology for military use.  As a result, China General Nuclear Power Group (CGN) and three of its subsidiaries were placed on the commerce department’s “entity list.”

The U.S. has also put Chinese telecoms company Huawei on the same list since May, even as it has failed to provide any evidence to support espionage allegations.  The push by U.S. lawmakers comes after reports that Beijing and Washington are trying to calm tensions before a new round of talks on tariffs next month.

China has met every single round of U.S. tariffs with retaliatory measures of its own, but its countermeasures have been milder.  To counter Washington's actions of trade protectionism, Beijing in recent years has been trying to get more international entities to use its currency, the yuan, outside China.

China’s central bank announced last month that it was close to launching a digital version of its currency in a move to “protect” its foreign exchange sovereignty.  The proposed digital currency, according to the CEO of American cryptocurrency financial services firm Circle, could trigger global use of the yuan.