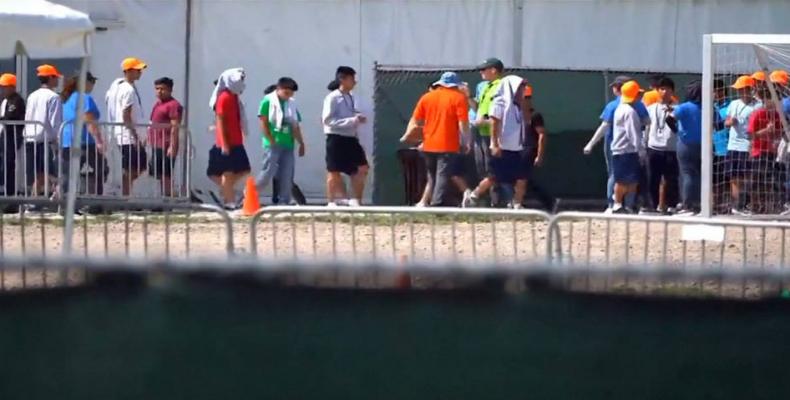 Mexico City, September 15 (RHC)-- Mexico’s Foreign Minister Marcelo Ebrard says his nation will not change its immigration policies, after the U.S. Supreme Court allowed the Trump administration’s ban on most migrants seeking asylum at the U.S.-Mexico border to take effect.

Marcelo Ebrard told reporters in Mexico City: “The Mexican government’s position has been that we are not going to accept that.  And we consulted with the Mexican Senate, and they will not accept it, either.”

This comes as tens of thousands of asylum seekers are stuck in border cities on the Mexican side, waiting to be processed for initial asylum proceedings in the United States.  At the Tijuana-San Diego border alone, there are more than 10,000 migrants on the waiting list to turn themselves in to U.S. immigration officials. The binational legal aid group Al Otro Lado tweeted: “We r the only OTG org here providing legal aid. This is a death sentence for most our clients.  Our hearts are broken + we’re exhausted.”