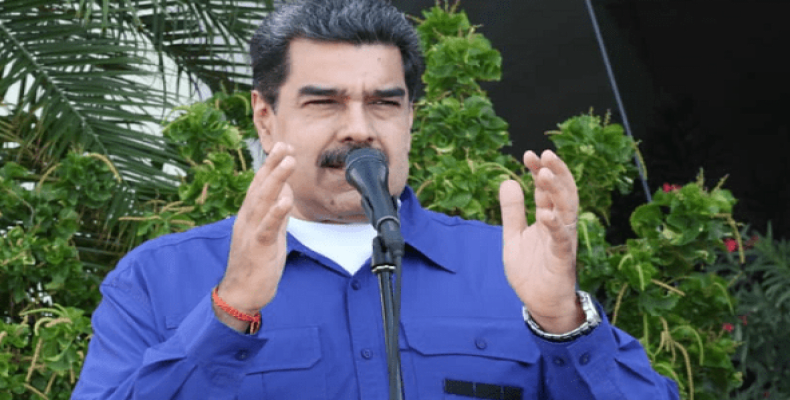 Caracas, September 27 (RHC)-- During a speech from Caracas, the first since his trip to Russia, Venezuelan President Nicolas Maduro said that he and President Vladimir Putin, “have agreed on a new road map of cooperation focused on new investments and Russian support for our country.”

President Maduro said that that the first part of the bilateral plans that the two heads of state agreed upon will be rolled out over the next three months.  During his September 26th speech, Maduro told crowds: “We will continue to resist, work and fight because the future belongs to us.”

The Kremlin has offered humanitarian aid to Venezuela in forms of medicine and food, and President Putin announced plans for Moscow to deliver 1.5 million flu vaccines to Venezuela in the near future.

The bilateral agreement, as announced Wednesday, also includes military technologies that amount to approximately $11 billion between the two nations. Interfax reported the same day that a group of Russian military specialists arrived Caracas to help service equipment, something that Moscow has assisted with over the past several months as the United States government and the Organization of American States (OAS) continue pronounce threats of military intervention in Venezuela.

Putin, along with his Chinese counterpart, Xi Jinping, on the other hand, have long said they support “non-interference” in Venezuela and support the dialogues between Maduro and opposition parties. “All doors are open for political dialogue in Venezuela,” reiterated the president, “which has the full support of the Russian government,” he underlined.

The Russian president added earlier this week that his nation will also invest some $4 billion in the South American country’s energy industry that has also come under attack by the U.S. and its regional allies.

Upon return to Caracas, the Venezuelan president criticized Donald Trump and other national leaders at this week’s United Nations General Assembly meeting in New York for targeting Venezuela and trying to bring down his government via coups and illegal economic blockades.  The head of state said that while Trump spoke with “disgust” to the other government leaders at the U.N. meeting, he and Putin were “advancing” their international agreements for the good of their countries.

To commemorate the encounter, President Maduro gave Putin a replica of the sword that the revolutionary, Simon Bolivar, used in the Battle of Carabobo, “in gratitude for his support for Venezuela, and for his respect for the sovereignty and self-determination of our people,” tweeted Maduro September 25.  The Battle of Carabobo took place on June 24, 1821 and was a decisive victory for Bolivar and the independence army over Spain that eventually led to the region’s breaking away from the Crown and the creation of Gran Colombia.