Venezuelan president says socio-productive ties with Russia stronger than ever 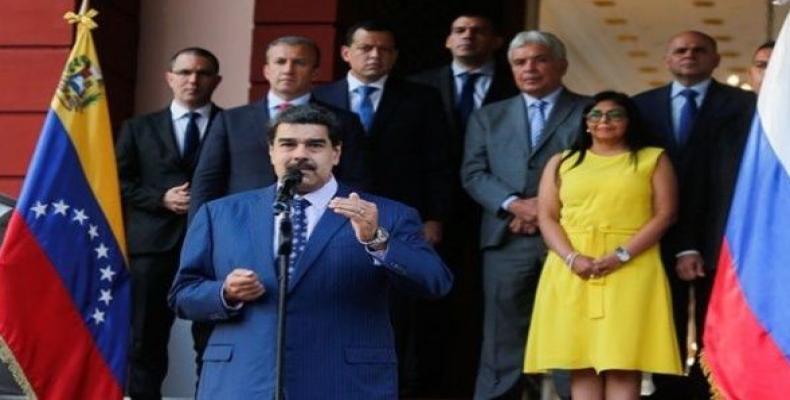 Caracas, October 5 (RHC)-- Venezulean President Nicolás Maduro says that diplomatic relations and socio-productive commitments with Russia are stronger than ever.  The announcement was made after holding a meeting with Russian Deputy Prime Minister Yuri Borisov, who on behalf of President Vladimir Putin, reaffirmed his commitment to diplomatic strengthening and bilateral cooperation.

"We have created new ventures in the economic area, technology transfer and participation of Russian companies in National production areas ... we have renewed all advisory, support and technical-military contracts," said President Maduro.

Likewise, the head of state said that new agricultural projects are coming with Russian technology and advice, which will be pillars for production increase and food protection.

In his statements, the Venezuelan president ratified that in the face of the war that the country is suffering from the illegal blockade, nations such as Russia, China and Latin American organizations will have permanent economic advisory commissions.

Referring to the economic war, the president said that in the coming days there will be announcements for the protection of workers who save in Petro.  He affirmed: "We are at war and that is why many things cannot be communicated at this time, but the news will be good."