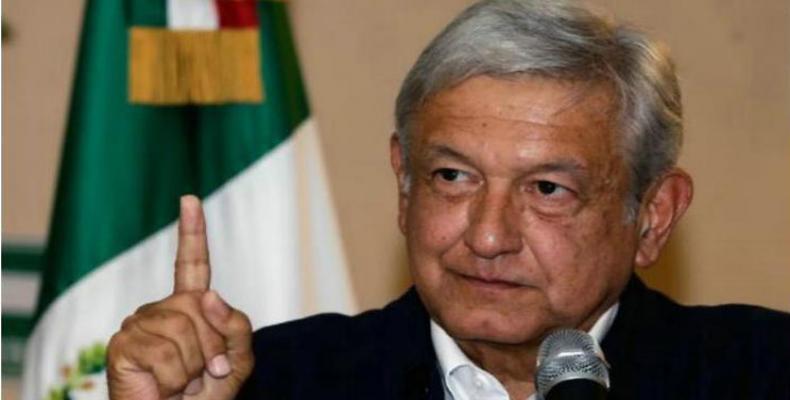 Mexico City, September 30 (RHC)-- Mexican President Andres Manuel Lopez Obredor (AMLO) declared that his government defends Mexico's sovereignty and is acting in accordance with the bilateral immigration agreements signed with the United States a few months ago.  “We have nothing to be ashamed of,” said the head of state in response to statements made by U.S. President Donald Trump the day before.

While speaking from the St. Andrews Air Base located in Maryland, Trump declared he was “using Mexico” to protect the country's southern border because “Democrats won't fix” the “failed immigration system.”

During his morning press conference, AMLO responded to this by reaffirming that he wants no confrontations with the White House.  Nevertheless, he expressed that his administration is upholding Mexico's dignity.  “We are very interested ... in establishing a good relationship with the U.S., ... and we are also looking for cooperation and mutual respect,” highlighted Lopez Obrador.

The nation signed a migratory agreement with the United States June 7th, in which it committed to send thousands of its new National Guard troops to "contain" the migratory flow in 90 days that has increased from Central America, African and Caribbean nation members who are traveling northward. The deal was made under pressure from Trump to being applying hefty import taxes to Mexican products if AMLO didn't comply.