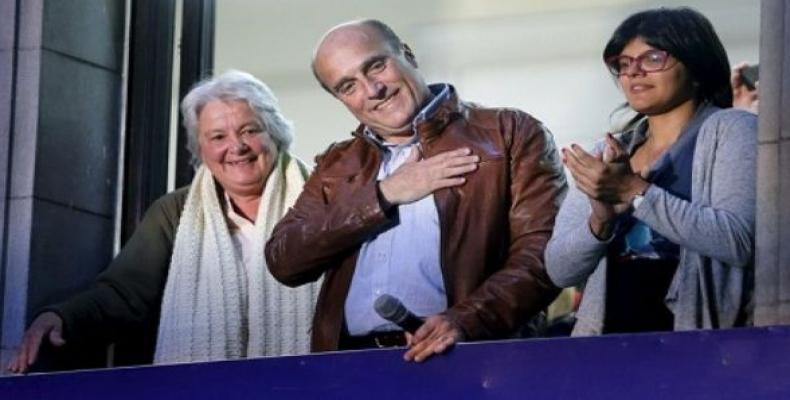 According to the survey, the opposition right-wing National Party (PN) with Luis Lacalle Pou as a candidate, rose to 23 percent and is placed second, while the Cabildo Abierto party along with the Colorado Party (PC) are at third place with 12 percent of the voting intention.

The statistics also indicate that FA's Martinez rose by one point in comparison with the previous survey. The former Minister of Industry, Energy, and Mining (2008-2009) won the party’s primaries in June with 41.4 percent of the votes.

The Broad Front, a coalition of leftist parties has been winning the national elections for the past 15 years, after decades of conservative right-wing rule oscillating between the PN and the PC.

More than two million people are expected to head to the polls on October 27th as the elections will define the successor of President Tabare Vazquez of the Broad Front, a party that has ruled uninterruptedly since 2005.  The Uruguayan Constitution prevents the re-election of the president in a consecutive term.