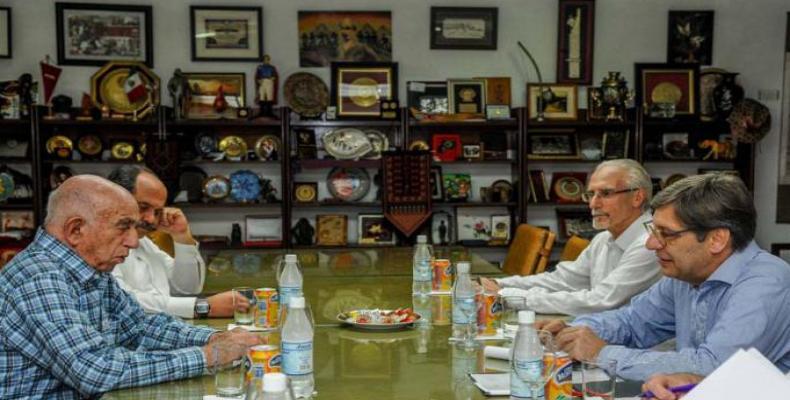 During the meeting, the two sides said the state of relations between the two governments, peoples and political organizations was excellent. The Broad Front leaders reiterated their readiness and willingness to attend the next São Paulo Forum to take place July 15ht through the 17th here in Cuba, calling it yet a new, valuable effort toward regional unity and integration.

Both delegations exchanged their views on the current political situation in the region and around the world.

The visiting delegation of the Broad Front is fulfilling a packed agenda of meetings and exchanges with Cuban authorities and organizations, aimed at learning first hand about the island’s political, economic and social realities.

The Broad Front is a political coalition founded on February 5, 1971. It has been in power in Uruguay since 2004. At present it holds 50 out of 99 seats in the country's Chamber of Deputies, and is represented by 15 out of a total of 30 senators.

The Cuban Communist Party (PCC) maintains close ties with all the political parties and organizations that make up this Uruguayan political coalition.